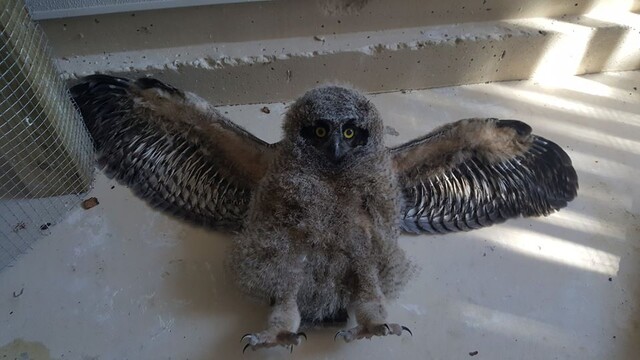 Amid uncertain times at the SORCO raptor rehabilitation centre, the rescues continue, including the first baby owl of the spring season which they have decided to name Hope.

SORCO is a non-profit organization outside Oliver that relies on grants and public donations to save dozens of birds of prey each year, including an influx of babies in the spring. But the COVID-19 crisis saw them forced to cancel their annual open house fundraiser, a major blow to their yearly funds.

Nonetheless, their rescue efforts will persist. The first injured baby owl of the season came in on March 21, estimated at one month old.

SORCO decided to ask the public on Facebook what they should name it while it recovers at the sanctuary.

Options like Dr. WHO, as a shoutout to the fantasy television series and the World Health Organization, and Dawn, to signify a new day coming, were suggested. But on Sunday, Hope was chosen as a fitting name during difficult times.

SORCO remains open for raptor rescues as the government has deemed it an essential service at this time, but is closed to the public.