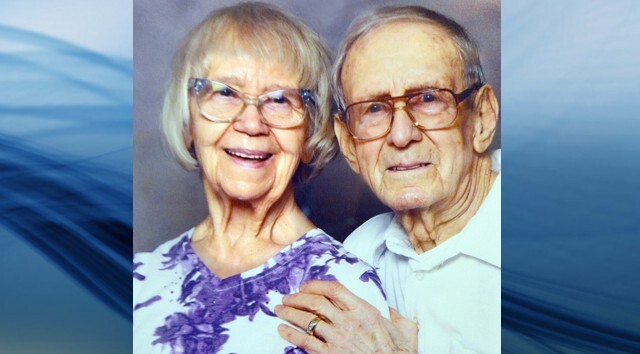 Photo: Contributed
George Garland has donated $100,000 for hospital equipment to the Penticton Regional Hospital in memory of his beloved wife Marie.

George Garland was smitten with his future wife Marie from the very first moment he met her 66 years ago.

Marie passed away in 2018, and Garland has donated $100,000 for medical equipment at Penticton Regional Hospital in her memory.

He remembers seeing her at the Edmonton diner where she worked as a waitress when he came in to eat dinner after his job as a heavy equipment operator.

”I was ‘batching’ and used to eat there nearly every night,” he recalled. “You know how young guys are, always looking for a good looking girl. Our first date went well and we hit it off.”

Garland was from Saskatchewan where his parents owned a grain farm and had eight other children, and Marie was raised an orphan in an Edmonton convent. They married in 1953.

Garland spent some time living in B.C. as a child and young adult, so after his retirement, the pair followed his sister and parents to Penticton in 1991 and were among the first homeowners at the Sandbridge development on South Main Street.

Marie’s health eventually started to decline and she was diagnosed with Parkinson’s Disease and other health issues.

“Marie spent quite a bit of time in the hospital.  At one point the doctor took me to the chapel and said he didn’t think she would make it, but she pulled through,” Garland said.

In her later years, Marie also suffered from Alzheimer’s.  She passed away at a care centre in Summerland in September 2018.

George Garland’s donation to the South Okanagan Similkameen Medical Foundation comes as construction is well underway on Phase 2 of the PRH expansion, including a major upgrade to the Emergency Department scheduled to be completed by the fall of 2021.