Who should manage lakes? 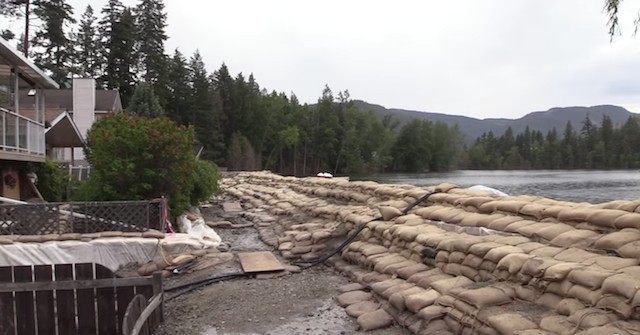 Photo: Contributed
A five-foot-high wall of sandbags holding back Lower Twin Lake from flooding in June 2018. The road below the sandbags had also been raised by four feet.

The district responsible for the Twin Lakes area says they're unable to deal with all of their land improvement, waterway management and flood repair needs, and have asked the Regional District of Okanagan Similkameen to absorb them and take over.

The Lower Nipit Improvement District is responsible for the 69 properties that make up tiny Twin Lakes, collecting their own local taxes and working with the provincial government when waterways issues come into play.

Recent years of flooding, including an especially devastating 2018 in which many properties were damaged, have left the district's small board feeling inadequately prepared to maintain and protect the area.

"We need to be able to stop the flooding if necessary, or perhaps, stop the drought which we might be going into right now,” said delegate Sandie Wilson at Thursday's RDOS meeting. "The LNID does not have the information or the education to govern this particular area.”

Wilson and fellow delegate Coral Brown said the LNID is ready to dissolve, and hopes the RDOS will take over services they provide. That could include the diversion or impounding of water to protect land or facilitating the reclamation, drainage or other improvement of land.

RDOS staff recommended the board vote to deny the LNID's request, citing an engineering study done in 2019 of the Twin Lakes area looking at flood mitigation possibilities.

"The LNID mission seems to have evolved over the past 55 years, the primary use of the area is no longer farming and it would be a better solution to let the LNID Charter expire."

But Wilson and Brown said they are feeling stuck, knowing that the Ministry of Forests, Lands, Natural Resource Operation would simply install their own district board members to the LNID.

"Can we just walk away? Because that’s how we’re feeling. The ministry has told us we can’t walk away, the ministry will put other people in charge, whoever that will be," Wilson said.

Ultimately, the RDOS decided not to outright dismiss the request, but to order a study to explore the possibility to be paid for by adjacent Area I's rural projects fund and, if a grant is awarded, the provincial government.

The study will then be brought back to the board, and if the RDOS chooses to move forward, the community of Twin Lakes would be consulted, given the move would likely involve a sharp hike in their taxes. 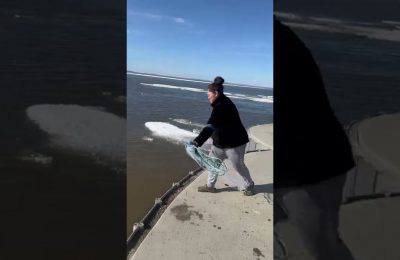