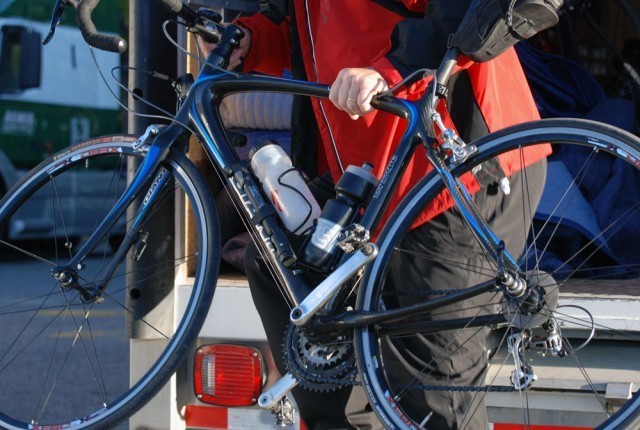 Stolen bicycles are both transportation and “easy currency” for thieves in Penticton, according to the RCMP.

Const. James Grandy says, anecdotally, they’ve seen an increase in bicycle theft this summer — something he accounts to bikes being easy targets.

“It's an easy currency for people to steal and trade,” he said. “You just take a can of spray paint to it and spray paint it down and you ride it around for a little while and that's just the easiest mode of transportation as well.”

Contrary to what some may think, RCMP do investigate bike thefts. However, recovered bicycles are rarely returned to the rightful owners.

“The majority of bikes we recover, we don’t get back to the owner,” said detachment commander Supt. Ted De Jager.

“We have a lot of bikes in the back. Like a lot,” added Grandy.

RCMP encourage owners to record the serial number of a bicycle or register it on Project 529 garage, a community bike recovery service used by police.

Recovered bicycles that cannot be identified, which is the majority of them, are donated to charity.

“Those are a result of our members stopping people, engaging with some of those people and running serial numbers. Or they are found on the side of the road. So it's not like we can’t recover them, but we can’t link them back to a person because the serial number just isn’t registered,” Grandy said.

De Jager said regular law-abiding citizens should also be conscious when buying used bikes or parts online. If a deal is too good to be true, there is a good chance it's stolen.

“This notion that it's just amongst the street people isn’t really correct. It’s a market, it's a currency,” he said.