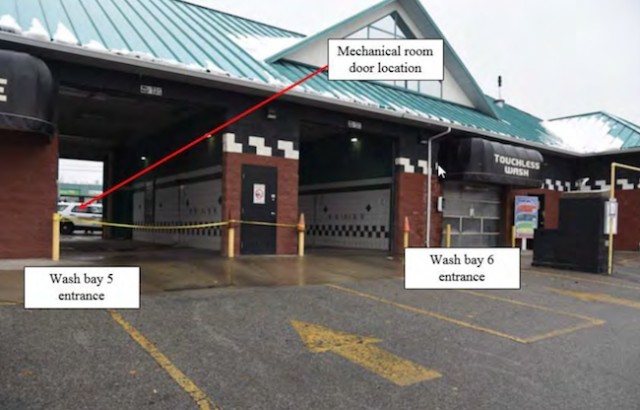 A Penticton car wash has been penalized $2,500 for a workplace fatality in 2017.

Ronald Dyck, 66, a longtime employee of Super Wash on Main died working alone on Nov. 8, 2017 after falling from an unsafe ladder.

In a penalty summary posted online, WorkSafeBC confirmed a $2,500 fine was issued on May 16.

The investigation into the death concluded the ladder involved in the fall was in poor condition and there were no guardrails around the mezzanine Dyck was accessing.

On the day of the incident, Dyck arrived at work at about 6:45 a.m. and entered the mechanical room.

The car wash had been having problems with its water softener in the days prior, and Dyck went up a ladder to an unguarded mezzanine more than eight feet above floor level to access the unit.

“Approximately 30 seconds later, the ladder slid straight back and the worker and the ladder fell to the concrete floor,” lead investigator Cory Hennessey said in his report.

The victim was discovered almost four hours later by a delivery driver, who immediately called 911. Paramedics pronounced the employee deceased at the scene.

The ladder Dyck was using had a “significant puncture” in the fly section of its first rung and had severely worn and loose feet. It was propped up against a damaged metal shelf that doubled as a step for workers both heading up and down from the unguarded mezzanine.

The WorkSafeBC report detailed six violations of the Occupational Health and Safety Regulation and one violation of the Workers Compensation Act.

Super Wash is owned by a numbered company, 517140 B.C. Ltd., which could not be immediately reached for comment. 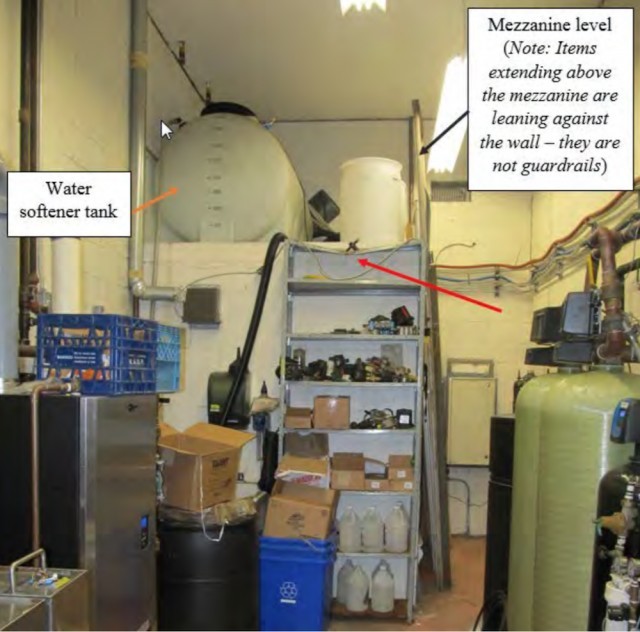