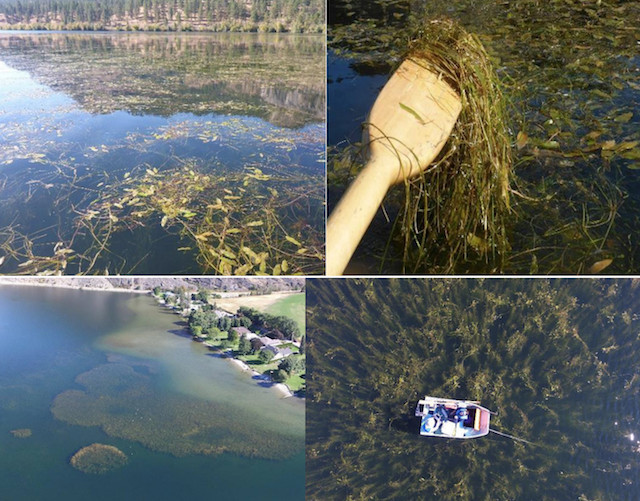 The Vaseux Lake Stewardship Association has some concerns with a study released earlier this month that found invasive milfoil growth isn’t much of a problem for the lake.

The two-year study commissioned by the Regional District of Okanagan Similkameen identified the eroding Shuttleworth Creek as the cause of a rapid increase in sediment and nutrient pouring into the lake. The same study, however, concluded that milfoil beds in 2017 and 2018 were smaller than those mapped in 1979.

Gaumont says they are questioning the wisdom of conducting a study during completely abnormal years.

“It was obvious to all homeowners on Vaseux Lake that there had been a major reduction in milfoil in 2017 and 2018 which was not the norm,” Gaumont said.

“The association advised RDOS in early August 2017 when water levels were still at record highs at Vaseux Lake that it was not a good time to start the water study. It was felt the flooding would impact key results especially around the milfoil proliferation and overall water quality since the lake was being flushed out twice a week and water levels had been at record highs for months.”

Gaumont says they are grateful professional biologists studied the lake and provided “sound recommendations” related to the torrent of sediment coming down Shuttleworth, but would still like to see more done about milfoil.

The group is calling on the provincial government to authorize rototilling on Vaseux Lake to keep milfoil from proliferating again. The recent study identified rototilling as an option to mitigate milfoil, but said work needs to be done first to test heavy metals found in sediment samples.

The homeowners also want the province to consider dredging the north mouth of Vaseux Lake and create a large sedimentary pond to slow the siltation that has been filling the lake.

“The small pond in Shuttleworth Creek is simply not large enough to contain the silt that comes down the creek every spring,” Gaumont said.

The same study determined the Okanagan Falls wastewater treatment plant has had no impact on the lake.