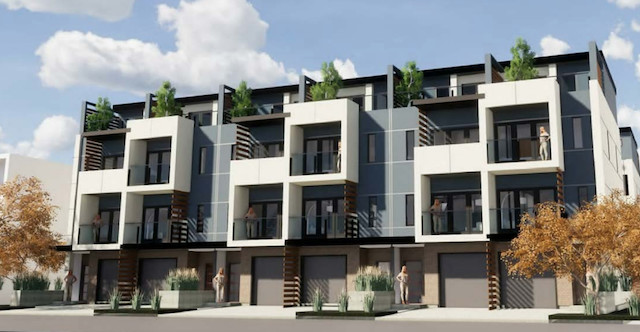 Penticton city council has given preliminary approval to a block of townhomes planned for the northwest of the city.

A developer is seeking to build 12 units on four lots at 970 Dynes Avenue, just north of the Sandman Hotel.

The townhomes will consist of two structures 12.5-metres high, much lower than what the zoning would allow, but takes into account the surrounding single-family neighbourhood.

In addition to rezoning, the development requires just one minor variance in regards the the size of the project’s side yards, which will be three metres instead of 4.5.

Coun. Judy Sentes applauded city staff for working with the developer to eliminate several previous variances. She also noted the development’s use of landscaping.

“I’m pleased to see that although we need to densify, its not at the sacrifice of green space,” she said.

Coun. Katie Robinson said she was happy to see the project would have plenty of parking, at two stalls a unit.