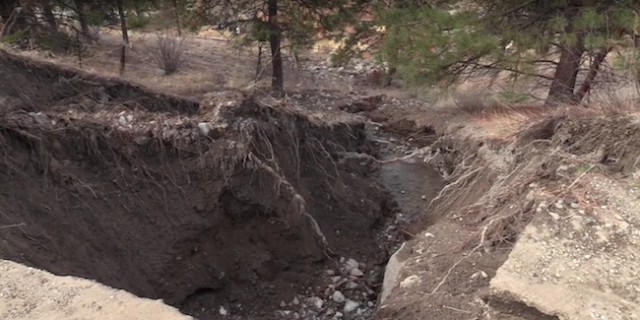 Photo: Colton Davies
Part of the KVR trail came down onto a home on Gammon Road during heavy rain in March

A pair of hillside developments in Naramata have inadequate stormwater management systems and contributed to a landslide that crashed into an existing downhill home, alleges the provincial government in civil court.

The B.C. government was dragged into a legal battle between Naramata couple Alex and David Lea and the Kettle Ridge Subdivision last year when the developer named the province in a third-party notice in the dispute over the landslide that came onto their property in March 2018 during heavy rains.

The Lea's sued the Kettle Ridge Development Corporation in April over allegations it did nothing to deal with stormwater coming off the subdivision uphill from them above the KVR trail.

In its response to the lawsuit, the developer denied any responsibility for the landslide and instead pointed the finger at the engineering firm and general contractor that worked on the file as well as the neighbouring development, provincial government and RDOS.

In a 16-page response filed Jan. 4, the provincial government says it approved the first two phases of the Kettle Ridge subdivision with the understanding stormwater would be adequately managed through an engineered system that could handle a 100-year storm.

The government, however, alleges that never happened.

“The Kettle Ridge Development’s stormwater management system does not function properly or at all,” the province claims, adding build out of the subdivision is only partially complete and if development proceeds as planned problems with stormwater “and detrimental effect on downslope properties may be exacerbated.”

The provincial government makes similar allegations about the stormwater system of the nearby Outlook development.

Kettle Ridge has maintained the runoff was supposed to be directed towards a ditch on the KVR trail, but the provincial government denies ever making that commitment and says the plans they approved showed “that drainage would not flow beyond the KVR trail for designated flood events.”

The province says the rain storm on March 22, 2018 was of the magnitude that both the Kettle Ridge and Outlook developments should have been able to contain it with working stormwater systems.

“Failure of both developers to live up to their representations has caused downslope property damage and poses future risk to public safety, government land and infrastructure and private properties,” the government alleges.

The other parties named in the third-party notice — Ecora Engineering, Twincon Enterprises, Naramata Benchlands Properties, Lajora Holdings, T&M Management and the RDOS — have not filed a response yet.

None of the above allegations have been proven in court. 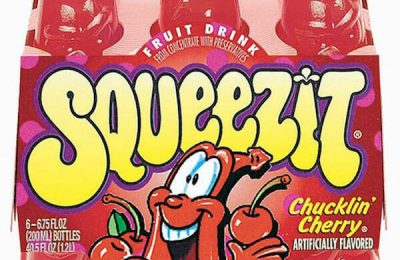