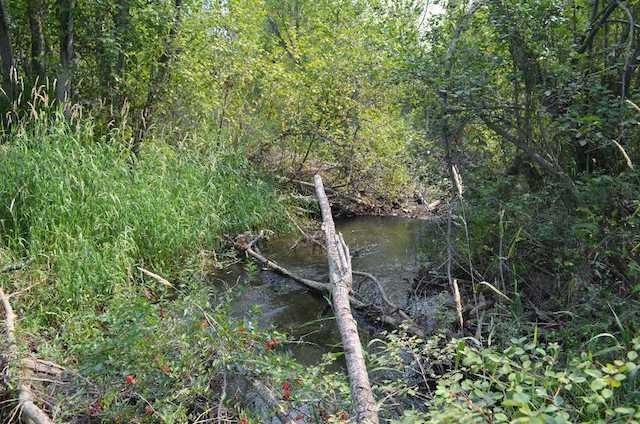 The Southern Interior Land Trust has announced it has purchased 12 acres of land along Keremeos Creek near Olalla, between Penticton and Keremeos.

The seasonally-flooded property is home of one of very few remaining mature water birch forests in the Okanagan-Similkameen and provides habitat for at least five federally-listed species at risk, including the yellow-breasted chat, western screech owl and Lewis’s woodpecker.

It is also good habitat for deer, bear, bobcat and badger that travel across the valley, and for rainbow trout in the creek.

The property will be known as the R.E. Taylor Conservation Property, in honour of Ron Taylor. The Winfield resident helped create SILT more than 30 years ago, serving as its president and has been on the charity’s board of directors since it was formed in 1988.

The volunteer-run organization works to acquire and protect wildlife habitat that acts as “stepping-stones” for animal movement through developed areas, while maintaining public access to conservation lands.

The Habitat Conservation Trust Foundation — which benefits from hunter, trapper and angler fees — made a contribution to SILT for the purchase.

“The HCTF is very pleased to contribute to the purchase of this property to protect some very rare undisturbed valley bottom habitat in the Okanagan,” says HCTF CEO Brian Springinotic.

“Naming this property after Ron is a fantastic way to recognize his many contributions to conservation in BC, including past participation on the HCTF Board of Directors.”