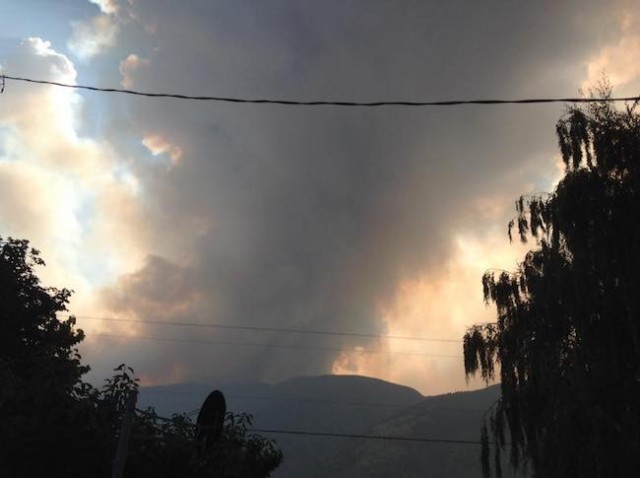 The Regional District of Okanagan Similkameen has issued a precautionary evacuation alert for 481 properties in Cawston and Keremeos due to a dramatic increase in activity at the Snowy Mountain wildfire.

Winds gusting up to 50 km/hr has pushed the fire to grow considerably on its north and east flanks, towards Keremeos and Cawston. Those high winds are kicking up embers and the possibility of spot fires several kilometres away from the main blaze, which was estimated at just over 3,000 hectares on Tuesday morning.

“We don’t know how much it's grown, just given that it's still on the move, and definitely some smoky conditions out there,” said fire information officer Claire Allen. “We have helicopters bucketing ahead of the fire, to keep it from further encroaching towards the communities of Keremeos, Cawston and Highway 3.”

While the fire has been burning vigorously for a week, fed by 35-degree heat, Allen said Tuesday’s wind has created new problems for crews. Thunder has also been heard throughout the Similkameen, raising concerns for additional lightning fire starts.

“With wind, it's able to move ember and fire brands from crown to crown of the trees which accelerates the movement forward,” she said. “The growth on this fire up until today, has not been wind driven.”

No properties have been evacuated due to the fire, but the RDOS alert Tuesday evening impacted 481 properties that include all homes south and west of Highway 3 from 1143 Highway 3, south of Cawston, to the Fas Gas Plus service station at 3163 Highway 3, west of Keremeos.

The Lower Similkameen Indian Band is also issuing evacuation alerts for their band members and residents.

Residents on evacuation alert should be prepared to leave home on short notice.

“Unfortunately looking at the weather forecast ahead, we will have some stronger winds because we have some thunderstorms in the forecast, but that could bring precipitation and drier temperatures,” Allen said.

The fire is burning within the Snowy Mountain Protected Area, which led crews to initially let it burn and monitor from a distance, as fire is a natural part of the forest ecosystem, she said. There are now 43 firefighters fighting the blaze, with another 43 arriving today supported by heavy equipment.

Fire activity has also increased at the Placer Mountain wildfire to the west, Allen said, but mostly within its existing boundaries. 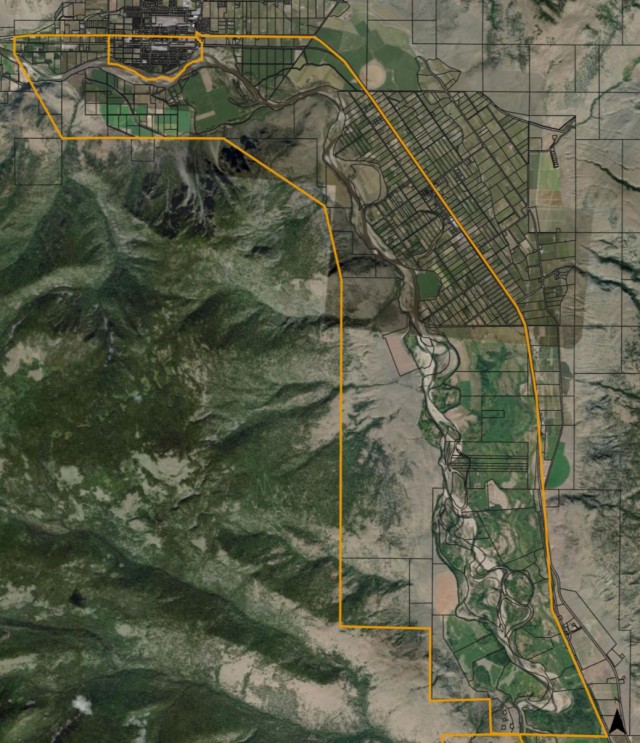 Both the Placer Mountain and Snowy Mountain wildfires in the Similkameen jumped significantly in size over the last 24 hours.

The Snowy Mountain blaze, 14 kilometres south of Keremeos, went from roughly 1,900 hectares to 3,050 hectares between Monday morning and Tuesday morning, according to BC Wildfire Service.

The fire was "extremely active" Monday they say, and burned up a valley to the northwest away from Cawston.

A handguard will be put in place north of Susap Creek today to add to an existing guard south of the creek. The line was 80 per cent complete at the end of the day on Monday. A machine guard is also being established to the east of the area.

Ash and smoke from the fire were seen around the South Okanagan Monday, forming a fine layer on cars and properties, according to posts in the Oliver Loop Facebook group.

Placer Mountain, which is burning 37 kilometres south of Princeton, leapt from just over 1,000 hectares Monday morning to 1,521 hectares Tuesday morning.

Crews are continuing to mop up hot spots that resulted from a planned burn on the northeast side of the fire on Sunday. No additional controlled burning was conducted Monday, and the growth was on the southwest flank.

A crew will be continuing work on a fuel-free perimeter in the southern area of the fire, from the Ashnola River along a scree slope.

Both fires area burning in remote areas away from homes, however, a pair of properties on LSIB land and the Cathedral Lake Lodge remains on evacuation alert. Between the two fires BCWS has 122 firefighters, 17 pieces of heavy equipment and 11 helicopters working.