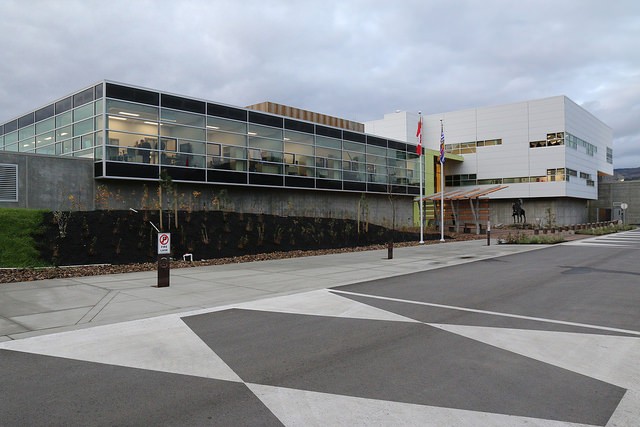 BC Corrections is working towards having the airspace above prisons classified as restricted much like airports and border crossings, as drones become an increasingly viable way to sneak contraband behind bars.

“Did we actually apply to [redacted] to get the air space above Okanagan Correctional Centre (and all other centres for that matter) designated as restricted airspace?” BC Corrections provincial director Stephanie Macpherson asked OCC warden Steve DiCastri last October. “Or have we assumed that this applies to all?”

DiCastri replied that they had not taken any formal steps. However, the wheels appear to have been set in motion since then.

In a statement to Castanet, the Ministry of Public Safety confirmed BC Corrections is in the beginning stages to designate prison airspace as restricted.

Right now, Transport Canada only prohibits drones around airports, in national parks, over border crossings, and near disaster areas.

BC Government Employees Union VP of Corrections and Sheriff Services Dean Purdy says they are aware of two instances in the past few years where drones have caused problems above prison walls, including one where guards intercepted a package of dropped contraband.

“With technology changing, the tightening up of screening devices, inmates are and will need to get more creative, so drones are something that we are focusing on a little bit more,” he said.

Purdy says the union would “absolutely” like to see airspace above prisons declared restricted, “for obvious reasons, security, safety and the threat of contraband — it just makes sense from our standpoint.”

With just a couple public instances at provincial prisons, Purdy admits it's not a huge problem compared to typical ways contraband enters a jail, “but with the technology of drones and the way that inmates will get more creative to bring contraband in… it is a concern for us.”