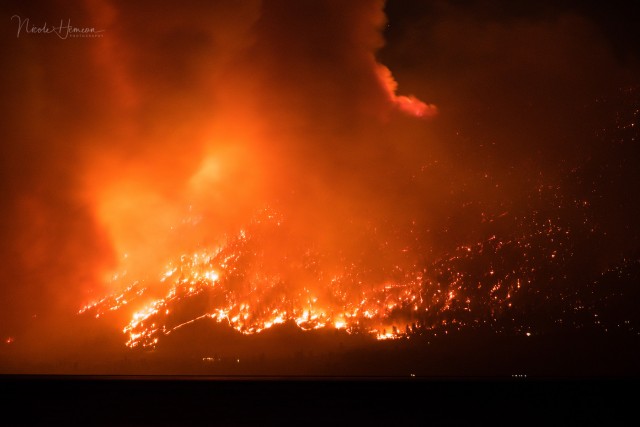 Nearly all of Okanagan Lake Provincial Park’s 170 campsites were full Wednesday night when campers were ordered to leave on a moment's notice to flee the rapidly growing Mount Eneas wildfire burning just north along Highway 97.

Andy Jones of Calgary had been vacationing in the park for the past ten days and noticed a small spot fire burning above the highway Wednesday morning when he went to fetch groceries.

“After dinner, it was getting really smoky so we went up and had a look, and you could actually see flames from the entry to the campground,” he said, explaining the campground staff assured them there was nothing to worry about.

“Then at around 8:30 p.m. last night, we heard this roar like I’ve never heard before and I turned around, and the whole hillside was just totally in flames,” he said. “At that point, they started coming around and said ‘get out.’ We had virtually no notice.”

“We just started chucking things in the trailer, it didn’t take us long, we’d been half prepared because we could see the fire that close,” he added.

Jones said the park is one of his favourite places to camp in the Okanagan, and he’s thankful the fire hasn’t reached it yet, “It was very peaceful until yesterday.”

They spent the night in a Summerland motel and have since found a new campground in Westbank.

The Mount Eneas wildfire was 500 hectares as of Thursday morning, according to the BC Wildfire Service. In addition to the campground, several addresses along the highway and in the North Beach area were also ordered emptied by the Regional District of Okanagan Similkameen. The Central Okanagan also ordered their own actions closer to Peachland.

The District of Summerland has also placed much of Garnet Valley, on the south end of the fire, under an evacuation alert.

Getting the heck out of Okanagan Lake Provincial Park after an evacuation alert #BCWildfire pic.twitter.com/n8kC1gHB35 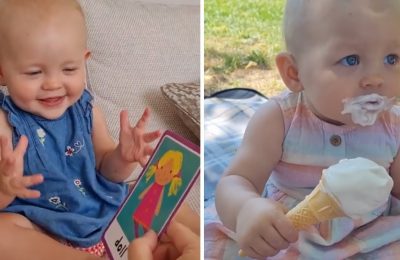