China caring for our seniors 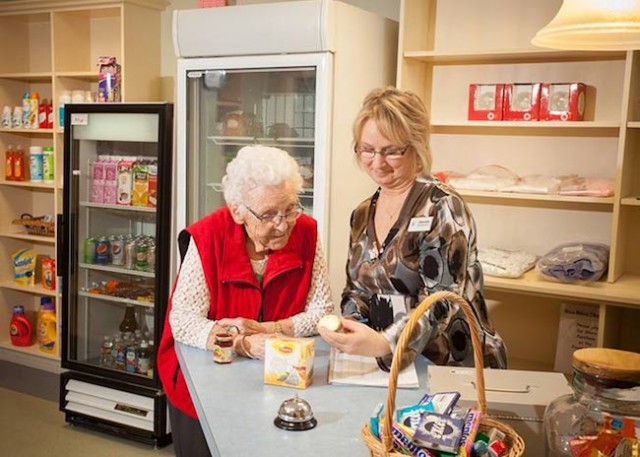 Local politicians are sounding the alarm about the level of care being provided to seniors at a care home in Summerland now owned by the Chinese government.

The Summerland Seniors Village is one of 21 B.C. facilities owned by Retirement Concepts, a company purchased by China’s Anbang Insurance for $1B last year. In February, the Chinese government seized control of the company and jailed its CEO for fraud.

Central Okanagan MP Dan Albas says he’s heard from family members of residents at the Summerland Seniors Village that care has degraded since the takeover.

He said he’s been told of instances where the facility has been staffed so short, a single nurse is supervising 20 residents overnight.

“That’s alarming. If there was an emergency of any sort, a fire or whatnot, lives are at risk,” he said.

In addition to independent and assisted living, the facility provides complex care to residents with severe dementia.

Albas is calling on the federal government to open a dialogue with the Chinese government about the issue, “it’s not up to the province of B.C. to negotiate with China’s state government.”

Penticton MLA Dan Ashton said he’s heard the same complaints about the Summerland Seniors Village being understaffed recently. However, he said other factors are also at play.

He pointed to a large wage disparity for staff between privately run care homes and the union-staffed facilities managed by Interior Health. With an existing shortage of care aides in the province, most new graduates are opting to work for IH for more money and benefits.

“The government requires 3.34 hours per individual in these homes, and it is my understanding the residents are not getting that because of the inability to find staff to provide that,” Ashton said.

“It’s not being contained to just this one centre, but this centre is feeling a substantial pinch on it, that in my opinion and other people's opinions, residents are being put at risk due to the amount of help that is available at certain times during the day,” he continued.

Ashton is calling on Interior Health to enforce staffing regulations in care homes and stop sending patients to facilities that are documented to be understaffed.

He raised the issue with Health Minister Adrian Dix in the Legislature earlier this month, who called the Chinese takeover of Retirement Concepts a “very significant situation.”

“They have a responsibility to provide adequate care. We've been very clear with them. We're meeting with the representatives of the new owners, who are effectively the government of China, in the coming weeks,” Dix said.

“Our message is that care standards have to be maintained, that we don't expect any deviation from the commitments made to us and that we're reviewing every aspect of this to make sure that the seniors who live in those care homes are protected,” he continued.

The federal government’s approval of the sale of Retirement Concepts to Anbang in Feb. 2017 raised eyebrows in both B.C. and Ottawa, but the Trudeau government said at the time the company assured service levels in care homes would be maintained.

Noting that he also gets complaints about understaffing at non-Chinese owned care homes, Ashton said he wants to see all privately run centres, “bring their standards up to where they are supposed to be, at a minimum.”

“That’s going to involve Interior Health, the Province of B.C. and the Government of Canada.”