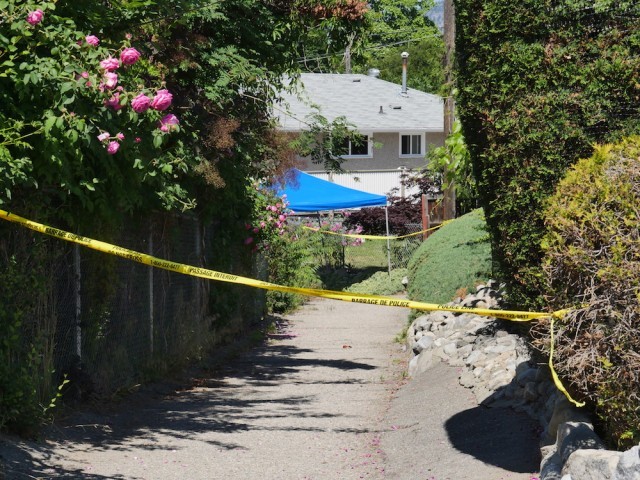 A woman arrested and released without charge following an unsolved domestic homicide in Penticton last year has died, Castanet News has learned.

Well-known car salesmen Dale Atkinson, 63, was stabbed to death in his home at 1154 Woodlands Drive last June, where he lived with his common-law wife. She was arrested immediately after the incident, but released without charge.

Friends of Atkinson tell Castanet she moved to Vanderhoof, a small town west of Prince George, after the homicide, where she died last week of unknown causes.

Penticton RCMP were working towards having charges approved in relation to Atkinson’s homicide.

Police have remained tight-lipped about the killing from the beginning — it was Atkinson’s friends that publicly identified him and his cause of death.

Detachment commander Supt. Ted De Jager declined to comment specifically on the situation, but said more information would be released later this week.