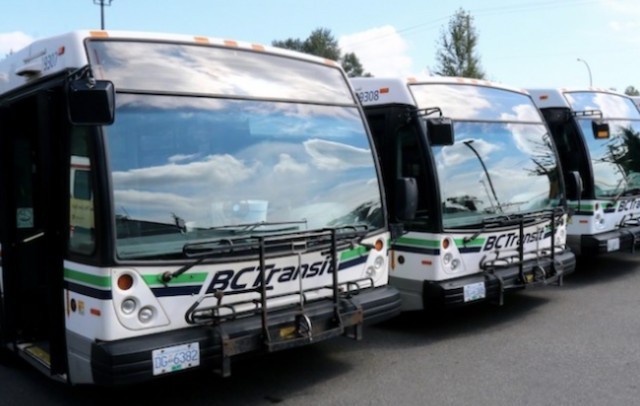 Ridership this year appears to be up significantly for B.C. Transit users in the South Okanagan, compared to 2016.

The number of riders has increased 41 per cent for the region's public bus routes between OK Falls and Naramata, according to senior regional transit manager Daniel Pizarro.

Revenue also has taken a 10 per cent jump, while net costs for municipalities were four per cent under budget due to fuel and maintenance savings, Pizarro said. Operating costs per passenger also decreased a marginal 30 per cent this year.

For routes from Osoyoos to Penticton, ridership is up 11 per cent and revenue is nine per cent higher than 2016.

Net costs for those routes were five per cent below budget, and operating costs per passenger dropped nine per cent.

Pizarro explained the discrepancy between ridership and revenue for the Naramata and OK Falls routes in particular.

"Every time someone buys a monthly pass, that equates to a certain number of rides… Now whether someone is using the bus every single day is impossible to tell with the absence of an electronic reader, like a Compass Card," he said.

"So you don’t always see the equation between ridership and revenue go up."

He added the Regional District Okanagan Similkameen is in line to become one of the next services to have the electronic trip planner set up, where people can use Google Maps on their phone or computer to find out when the next scheduled bus is coming.