Size of blaze not clear 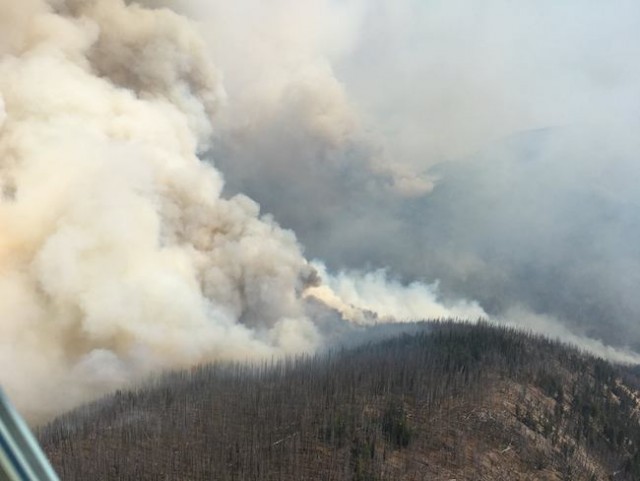 B.C. Wildfire Service personnel have been unable to fly over the Diamond Creek wildfire to get a new size estimate because of heavy smoke in the area.

Fire information officer Jody Lucius says the blaze is still estimated at 5,500 hectares, which is the same estimate as Wednesday because of thick smoke blanketing the area.

There are currently two firefighters, one helicopter and eight pieces of heavy equipment battling the wildfire.

The human-caused blaze between Cathedral and Manning provincial parks will need a sudden change in weather to accurately map out the perimeter and determine the current size, Lucius added.