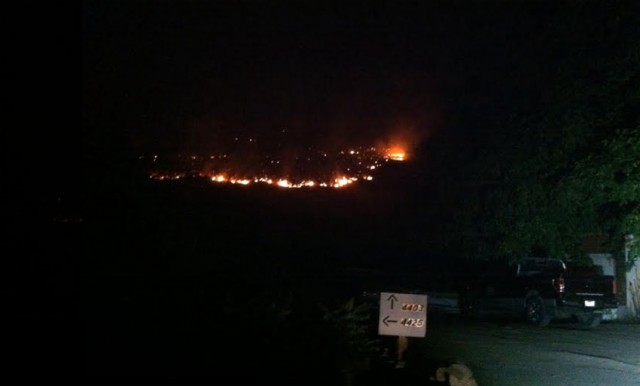 The BC Wildfire Service says a fire burning on Anarchist Mountain just east of Osoyoos Lake is about 10 hectares in size.

Crews from both the province and Anarchist Mountain Fire Department worked on the fire all night, and have brought it under control.

She says seven firefighters and the tender remain on scene this morning.

More firefighters are expected to join them throughout the morning.

A grass fire on Anarchist Mountain near Osoyoos is under control.

Anarchist Mountain Fire Chief Urs Grob says crews were called in at 10:30 Monday evening for a grass fire below the hay fields.

Grob says local fire crews worked through the night and now have the fire under control.

Firefighters from the BC Wildfire Service are on scene now mopping up.

Grob says the fire got to be about three to four hectares in size.

No structures were threatened.

The cause of the fire has not yet been determined.