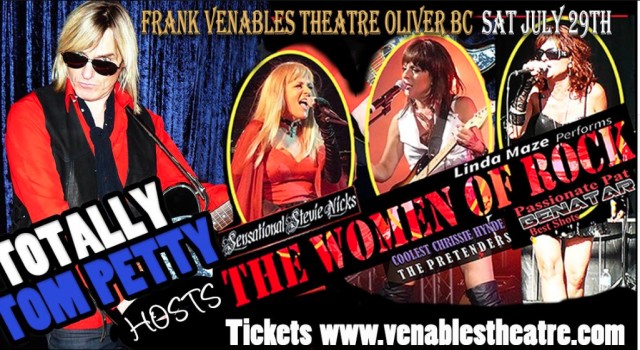 Tickets are still available for "Totally Tom Petty hosts the Women of Rock" at the Frank Venables Theatre in Oliver on Saturday night.

The show is a Tom Petty Tribute, played by Phil Dunget, and his All-Star Vegas Show Band, playing all of Tom Petty's major hits.

The three famous women rockers are Chrissie Hynde of The Pretenders, Stevie Nicks of Fleetwood Mac and Pat Benatar. All three women artists are portrayed by Linda Maze.

All three women stars make their way one by one to rip up the stage with Totally Tom Petty and the Band during the concert.