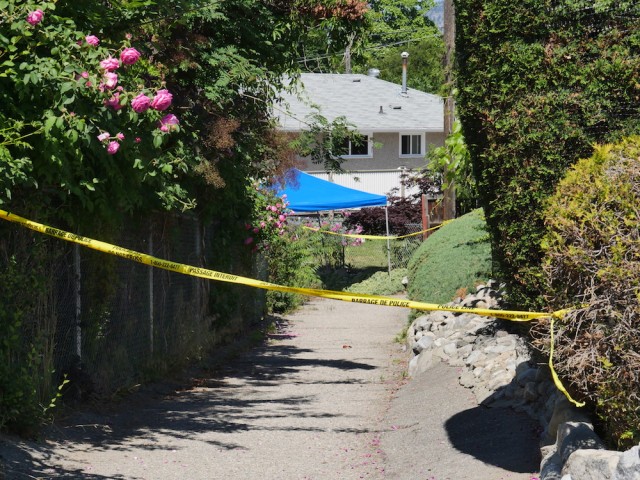 Residents of a “nice, quiet neighbourhood” in Penticton, which was the site of the region's third homicide were awoken early Monday morning by police banging on their doors, asking questions.

A neighbour told Castanet News 1154 Woodlands Drive has been occupied by a man and women for “quite some time now,” but none of the neighbours knew much about the couple, because they kept to themselves.

“They would squabble a bit,” said another resident of the street. “But nothing serious.”

It was the first time police had been called to the home in recent memory, they said.

RCMP have remained tight-lipped about the incident, only confirming they are investigating “an apparent” homicide with a male victim.

RCMP in Penticton are investigating a homicide.

Just before 5 a.m., police responded to a sudden death at a home on Woodlands Drive.

Officers found a deceased male at the scene, "the victim of an apparent homicide."

One person is in custody, and the Penticton detachment's Serious Crime Unit and Forensic ID Section are working the case.

Police are releasing no other details at this time, until next of kin are notified.

A blue police awning and crime scene tape can be seen on a walkway at the scene, just off Woodlands Drive. 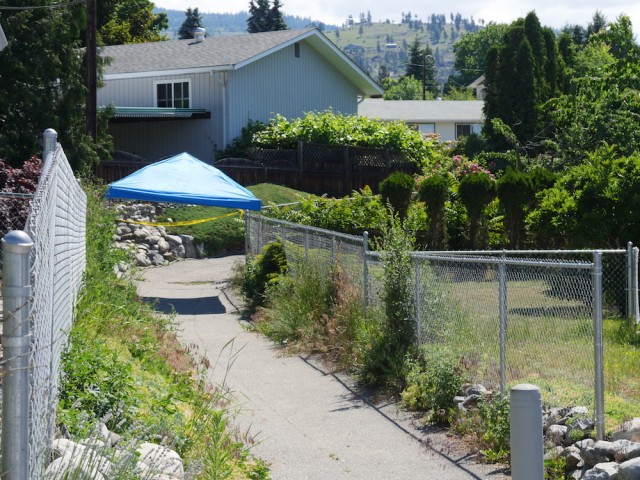