Leave those sandbags up 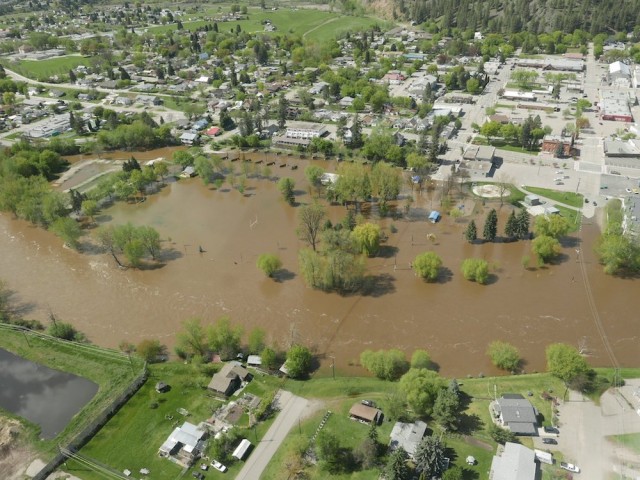 The community of Grand Forks remains on edge as floodwaters recede, providing a short reprieve before the rain returns later this week.

The Granby River is down more than a metre from its peak on late Saturday night, according to Alan Stanley with the Regional District of Kootenay Boundary.

“When you go around town you can see, a lot of the sandbag walls with these nice horizontal wet lines where water is, well below that right now, so there is a bit of a dry out,” he said.

The RDKB is advising people leave those sandbag walls up, as river levels will likely climb again later in the week. Stanley "half-joked" that residents near the river should consider throwing some grass seed onto sandbag walls, and make them permanent if they are not in the way.

Several buildings in Grand Forks have had basements flooded, but Stanley says it’s still too early to get a grasp on the extent of the damage, “we are still in response mode.”

He did note that the community has managed to avoid any significant road or bridge washouts like other areas in the Southern Interior and all major infrastructure is intact.