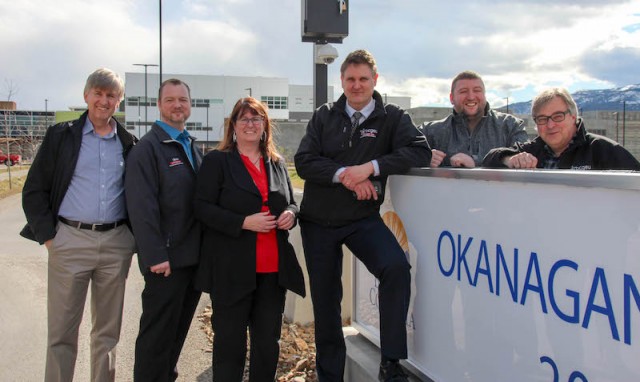 The President of the B.C. Government Service Employees Union took a tour of the new Okanagan Correctional Centre in Oliver on Thursday.

In an interview with Castanet following the tour, Stephanie Smith called the facility modern, bright and open.

"Well, as bright and open as a jail can be,” she said.

She believes the prison is the first in the province to have a full body scanner, which she considers a “good measure” for officer safety.

However, the union remains concerned about the ratio of inmates to corrections officers, which will be 72 to one once fully staffed and at capacity, according to Smith.

"In open pods, the way this jail is designed, that’s always going to be a concern for us - too many inmates to one corrections officer.”

But Smith says they remain “cautiously optimistic” and “look forward to a good working relationship” with prison management. All of the prison’s staff, with the exception of the maintenance department, are members of the BCGEU.

“Because of the opening of the jail, our sheriffs and corrections officer component now has enough in this area to have a local,” she said.

The new local chapter held its first meeting in Osoyoos on Thursday and elected shop stewards.

Smith added she was surprised when the warden conducting the tour told them about 70 per cent of inmates now have mental health challenges.

“When we start using our prisons to deal with people with mental health issues, I think that’s a problem, I think that is something we are going to be discussing more,” she said.