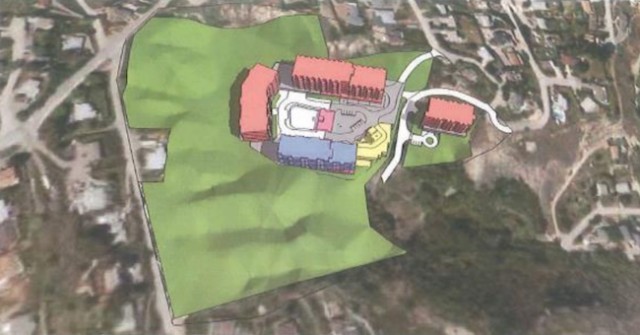 The developer behind a proposed seniors development in Summerland says they have been in steady contact with the fish hatchery there over possible impacts of the project.

The BC Freshwater Fishery Society of BC issued a press release last week, stating they have retained a consultant to look into concerns about impact on the hatchery’s water source.

Tim Yesaki said they felt to need to make a statement because they have noticed many in the community making noise on their behalf without consulting them.

Both parties have agreed that two of the three concerns raised in a report from the hatchery’s consultant have already been mitigated.

Testing found that the building's foundations will have no impact on the flow of the aquifer below the site, which is located about 30 metres under the surface. The project’s foundations should be about 5 metres deep.

The development will also be piping its stormwater off site and into the municipal system at the request of fisheries.

“I think it's absolutely fair to have some initial concerns and the hatchery is such an important piece of the economy… so really our goal is to continue to work with the fish hatchery and thier consultants to ensure that all the concerns are dealt with,” said Malek Tawashy of the Lark Group.

“It's our plan to leave the hatchery in better condition and better economic activity than it was before we arrived, so we’ve talked with them about things we can do to improve their infrastructure,” he added.

Yesaki said their final concerns revolve around the potential turbidity and sedimentation of the water. That problem has not been settled yet, but Yesaki said the whole process has been “positive” so far, and meetings are set between the two parties in the coming weeks on the matter.

The District of Summerland is holding a pair of open houses and public information sessions in January in the lead up to the public hearing on the development.