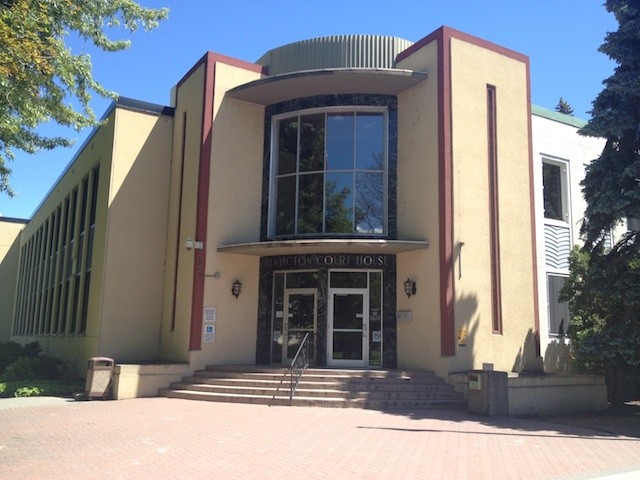 A Penticton man accused of a widely witnessed assault on his girlfriend and another man will spend about four more months behind bars.

According to Crown counsel Nashina Devji, on Sept. 11, 2015, the RCMP responded to reports that a woman, said to be Towes' girlfriend, was being assaulted on Martin Street.

Police spoke to witnesses who saw him punch a woman and break a window in her car. The accused also reportedly hit the son of the woman's ex-boyfriend who was talking to her in the car and threatened to kill him.

A short time later there was another reported disturbance on Winnipeg Street, where Toews was found throwing items from his residence,

In a statement Toews later gave to police, he said he was blinded by rage. He was subsequently released with conditions to have no contact with the girlfriend.

However, on two occasions following the release, Dec. 21 and 23, 2015, he breached the conditions. On one occasion he pulled her into his residence, locked the door and accused her of cheating on him.

Toews was again released, but was involved in another incident on Jan. 2.

On that occasion, he was throwing things off his balcony and one item landed on a vehicle that was driving by.

On that occasion he was denied bail as his behaviour was causing a safety concern for community members, Devji said.

The one mitigating factor in the case was he had pleaded guilty.

Toews' lawyer Paul Varga told the court that his client was brought up in Penticton and played hockey in the community.

He also has three children.

Varga stated Toews needed treatment for his issues and was hoping to get help at Discovery House in Penticton. He also has post traumatic stress disorder caused by an attack that leads to him make irrational choices, Varga said.

In handing down his sentence, Sinclair told the accused he has an unenviable record that includes numerous spousal assaults.

He said he would like to see Towes get rehabilitated for his abuse of alcohol and see him develop more respect for the people he is in relationships with.

At this time there is a waiting list at Discovery House for treatment.