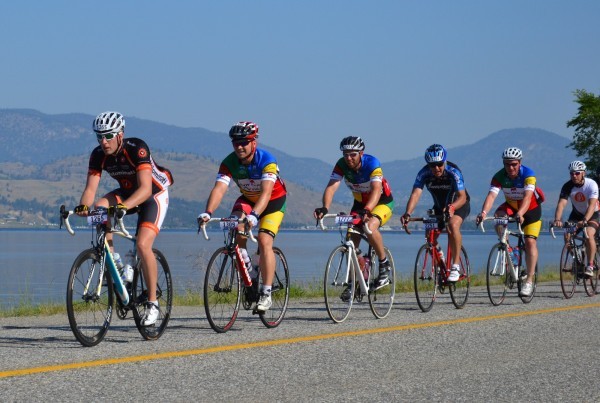 On Sunday morning the South Okanagan will see up to 2,500 cyclists take to the roads for the start of the fifth edition of the Prospera Granfondo Axel Merckx Okanagan (PGAMO).

While more than three-quarters of the participants live in B.C., this year’s event attracts riders from as far away as the United Kingdom, Italy, Colombia, Bahamas and China.

More than a third of the registrants are women, and riders range in age from teenagers to 87-years-old.

“Five years ago we launched an event that would quickly become one of the top cycling experiences in North America,” said Axel Merckx, the event namesake who will be along for the ride. “Thanks to some hard-working volunteers and generous sponsors, I have no doubt the fifth annual PGAMO will once again exceed expectations."

Merckx expressed his gratitude to the event's main sponsor.

"Prospera, our title sponsor, has been crucial to the success and sustainability of this world class event, and we’re extremely appreciative of their support for an event that attracts visitors from around the world to Penticton and the Okanagan region.”

Cyclists will depart at 7 a.m. on Sunday from Penticton’s Gyro Park before travelling through the District of Summerland and the towns of Okanagan Falls, Oliver and Kaleden.

American under-23 professional cyclists, Daniel Eaton and Greg Daniel, from the Axeon Cycling Team, will also ride in this year’s event.

Several activities will be centred around Penticton’s Gyro Park, including the Kids’ Piccolofondo fun bike race on Saturday, starting at 1:30 p.m.

The Penticton Trade and Convention Centre will host the participants’ package pick up and Granfondo Cycling Expo on Friday, from 1 to 7 p.m., and Saturday, 10 a.m. to 6 p.m.

A limited number of ride entries are still available on a first-come, first-served basis on-site at package pick up.

Traffic information for residents and visitors is available online at: www.granfondoaxelmerckx.com/traffic/.