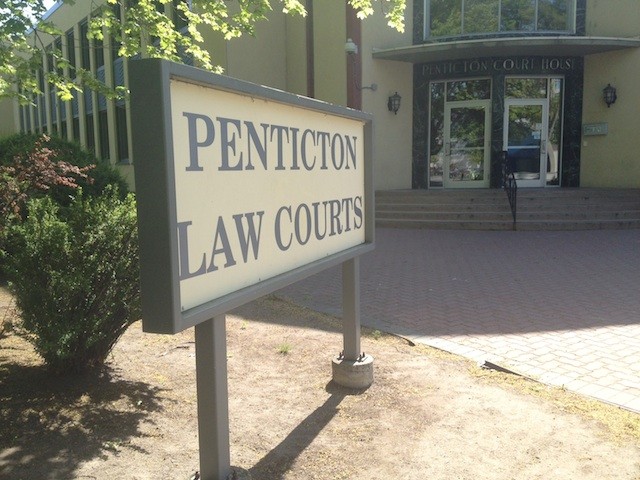 A South Okanagan man was sentenced to 15 months in jail on Monday in Penticton court for injuring a cyclist while driving drunk last year in Osoyoos.

Steven Fields was facing charges of failure to stop at an accident and impaired driving causing bodily harm, stemming from an incident in 2014.

According to Judge Brad Chapman, Fields, then 28, was consuming alcohol at a party.

He left the party about 10 p.m. with two female passengers and attempted to purchase alcohol at a liquor store, where he was denied service because of his level of intoxication. An employee at the store observed that he appeared to be 'on' something.

He carried on to a second liquor store where he purchased more beer.

Fields then drove into downtown Osoyoos, where he hit a cyclist in a crosswalk.

His front-seat passenger yelled at him that he had hit someone and needed to stop, but he ignored her and drove off at a high rate of speed.

After he dropped off the passenger, she called police, upset and crying.

At the time of the collision, the front licence plate fell off his vehicle, and, after going to ICBC, he was arrested later the next day. In his statement to police, Fields admitted he had been drinking but not to the point of being a "liquor pig."

According to the judge, the cyclist stated he saw the headlights swerve toward him, and he ended up face down on the ground, dragged under the vehicle. He suffered injuries including abrasions and a torn left ear and was transported to hospital.

In his victim impact statement, the man said the accident had a significant impact on his life, and his recovery has been extremely painful.

Fields entered guilty pleas to both counts and has no prior criminal record. He has further shown remorse, said the judge, saying he was sorry for what happened and that he needed to own it.

Fields had two prior 24-hour suspensions, and on the day of the event was a lot more impaired than he thought he was. His explanation later to police, said the judge, was that he didn't know first aid and freaked out.

There was, said Chapman, a high degree of moral culpability on Fields.

He did provide a letter of apology to the victim, but the judge said even that had some inconsistencies.

Chapman determined a jail sentence was appropriate because Fields was intoxicated and seriously injured a cyclist.

Fields was also given 21 months probation and prohibited from operating a motor vehicle for three years.

Fields' family members wept as the young man was led from court in handcuffs. The cyclist who was injured in the incident declined to comment outside the courtroom.