Opinion: Freedom of information in B.C. is not free 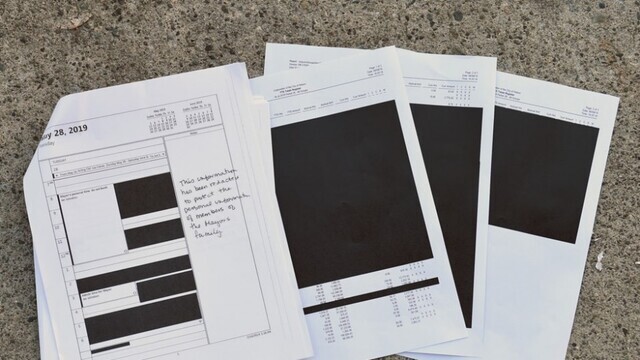 The B.C. NDP leadership race could provide a redo to the FOI act so to avoid a violation of Charter rights.

Since forming a majority in 2020, the NDP government under (Premier) John Horgan has often stopped the legislature from doing its job of checking that statutes are legally sound.

In relation to recent changes to the FOI act through Bill 22, it rushed the bill’s passage by first limiting, and then closing, debate on it.

Within hours of its enactment, the government imposed on the public a mandatory fee on requests for government documents – a fee that could be an unjustifiable constraint on the Charter protected right to government information.

As part of our freedom of expression, the Supreme Court of Canada has constitutionalized the right to government information when it relates to holding government accountable in a democracy.

The relationship between access to information and accountability is self-evident. In the absence of an exposed government “paper trail”, politicians and branches of the bureaucracy alike can evade direct criticism from constituents and communities, and the broader public pressure that forces course corrections and redress in the wake of press coverage about poor judgement, poor administration, and the misuse of power and resources.

In plain terms, an enactment is unconstitutional in terms of the Charter when a recognized right is violated, and the government cannot sufficiently justify the infringement. A financial barrier in the form of a mandatory fee more than impairs the right to government information critical to holding government accountable, it blocks it.

First, this is not a one-time fee, as attaining relevant information held by government involves multiple requests. In part, this is due to government opaqueness about responsibilities and decision-making processes within the bureaucracy.

Second, as any capable journalist, researcher or advocate knows from practical experience, uncovering the truth is not a single step process. It is a progression, as one piece of information raises new insights and questions to answer, all in the service of accurate news reporting, credible policy proposals, and effective public advocacy.

This tax on accountability is forcing journalists, particularly those from community newspapers already punching above their weight on thin budgets, to leave more than one issue of public importance unaddressed.

Advocacy groups, public interest lawyers are similarly constrained, as are B.C. residents who are lower income as their household budgets cannot afford this fee to exercise a right related to holding government accountable, a practical reality made even more acute by inflation driving up food and shelter costs.

Under the constitutional test, a government must demonstrate a compelling state interest for violating a Charter right. But Horgan’s answer to what important purpose the fee fulfills admits it serves a partisan interest, not a public one. Specifically, the fee aims to deter political rivals from seeking information. The more official language for the justification characterizes such requests as nuisances that the fee is designed to curb.

Setting aside the confessed political goal for the fee, let's follow-up on curbing nuisance requests as a compelling state interest. To be defensible in this context, the mandatory fee must be the mechanism that infringes the least on the Charter protected right in realizing its stated purpose. It fails on this test, because of the FOI act itself.

Section 43 of the act already meets this purported objective absent any financial barrier to making a request for information: under this provision B.C.’s Information and Privacy Commissioner can decide that a request be set aside because it is frivolous or vexatious.

Often, consultation can help a government avoid infringing a Charter-protected right. But Horgan’s government departed from the standard consultation process for Bill 22, by consulting largely with itself a few months ahead of its introduction, and not even mentioning the fee to the main users of the FOI system when they were provided a brief opportunity to provide feedback on the act.

Similarly, a legislative committee tasked with reviewing the act was denied the opportunity to do its job ahead of the changes. But even when this committee convened this spring, it was prevented from recommending the fee be rescinded or modified with waivers, notwithstanding the evidence it heard about the fee’s adverse impact since its introduction, by the NDP government MLAs who formed the majority on the committee.

The new premier, to be determined by the NDP leadership race, can break from this approach. One of the candidates, (former Attorney General) David Eby served on a prior legislative committee that found fees contradict the purpose of the FOI act.

Notwithstanding recent comments he made defending Horgan’s decision, Eby has a record of changing course in response to the evidence.

That evidence could now include the investigation the Information and Privacy Commissioner is undertaking about the fee, evidence that could also be used in a constitutional case brought about through public interest litigation against this barrier, absent a government rethink on it.

Anita Gil is a public law specialist who works on legislation, public policy and public interest litigation in B.C. A former Crown prosecutor and Alberta Ministry of Justice bureaucrat, she grew up in the B.C. Interior.