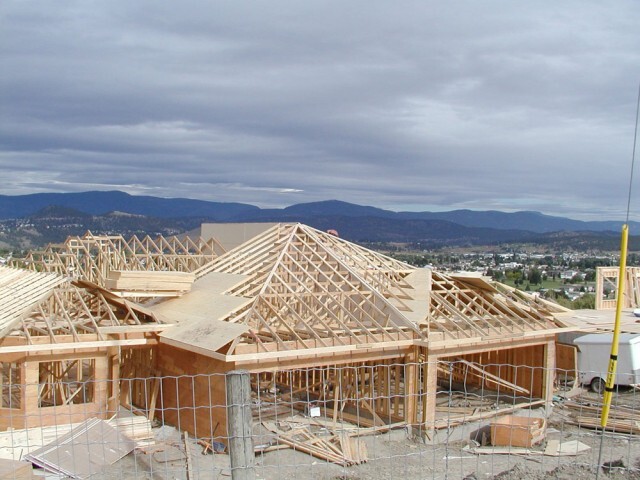 Buying a home in the Okanagan is expensive.

In 2016, the average home in Kelowna cost $473,780. Today, that cost is more than $1million. Not only is housing getting more expensive, but our homeless rate is increasing, and is expected to double by 2026.

Municipal election campaigns are in full swing. Residents should be aware of the impact local politicians have on the cost of housing.

We live in the fastest growing community in Canada. We also know our leaders believe this growth won’t slow down. So why are our elected officials shrugging their shoulders when it comes to the cost of housing?

The truth is, municipal politicians are some of the most impactful drivers of housing costs. While it’s true councils don’t control the cost of lumber or glass, the policies set by city councils can determine the value of a home for years to come.

Here’s a look at how municipalities directly impact housing costs:

When projects aren’t approved quickly, interest costs continue to grow. Those costs are eventually passed to the end home buyer, adding to the cost of housing. Kelowna and Vernon are two of the fastest communities to approve new housing in British Columbia.

DCCs fund infrastructure like roads, sidewalks, wastewater, and parks. Many would argue that this is a good thing. We need sidewalks, after all. Before a shovel hits the ground on a new project, the City of Kelowna collects more than $31,000 per door in DCCs to construct a new home. Those costs get wrapped into the final sale price.

Let’s say you own a piece of land, and you need to decide what you want to build on it. Do you build a mansion, or four smaller, more affordable homes?

There is a better, more fair way to do this. Instead of charging these costs per door, we could charge these costs per square foot. Doing that would incentivize density over mansions, and create smaller, more affordable homes in the process.

A permanent growth boundary determines where homes can be built in our community. Over the last year, Kelowna council rejected developments because they were outside of this boundary.

The permanent growth boundary is a double-edged sword. On one hand, a boundary provides home builders with certainty about where they can build, and what they can build.On the other, once a boundary is established, the price of all land inside of it goes up. That is why we see empty pieces of land in Rutland being sold for more than $500,000.

If we want homes to be more affordable, we need leadership that can operate flexibly with a growth boundary, approving housing where it makes sense.

Slowing down growth is typically led by neighbourhood associations or “NIMBY.” Short for “Not in My Back Yard,” NIMBY may be supportive of more housing, as long as it doesn’t happen in that neighbourhood. The result is not only a lack of social housing, but also a lack of homes for families with young children, often called “The Missing Middle.” When NIMBY wins, the community loses, and housing costs go up.

City councils are responsible for the approval of new housing and must stand up to NIMBY so we can build more homes and have an impact on housing affordability.

There are more than 56,000 residences in Kelowna, and only 500 new homes a year are being built. Buildings and construction account for almost 40% of energy-related carbon dioxide emissions globally. But while the provincial government has created steps to make new home construction more energy efficient, older homes continue to be one of the largest contributors to our climate crisis.

In Guelph Ontario, Property Assessed Clean Energy (PACE) loans allow home owners to make their home more energy efficient, while spreading out those costs over several years. The loan is tied to the home instead of the owner. That makes it easier to justify making those important upgrades, while ensuring future owners of the home are also paying their fair share.

It is important to note that legislation is needed at the provincial level to support this, but it is an example of what we can achieve with bold leadership.

If local councils want to make a real impact in reducing our carbon footprint, we need to focus on pre-existing homes, not new ones.