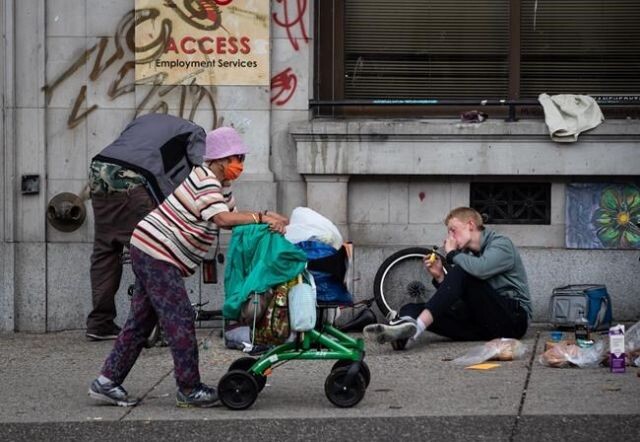 When NDP leadership candidate, David Eby, proposed that those who repeatedly overdose might need involuntary treatment rather than rapid discharge from hospital to risk overdose death again, he was roundly criticized by former colleagues at the BC Civil Liberties Association.

His comments were termed “misleading, immoral and reckless”. It was asserted that “all evidence is clear that involuntary drug treatment can cause great harm – even death- and does not save lives. “

As doctors who treat youth with life-threatening substance use disorders, we think that the evidence needs a fresh look. The paper most often cited by opponents of involuntary treatment is best viewed as a study of incarceration of adults in prisons in Asia and is not relevant to B.C.

In a Norwegian study of the efficacy of involuntary treatment, the authors concluded that while “voluntary treatment for SUD generally yielded better outcomes, nevertheless, we also found improved outcomes for compulsory admission patients.

In April of 2016 , B.C.’s Chief Public Health Office declared a public health emergency in response to the nearly 1,000 deaths due to illicit drug overdoses that occurred in the previous year. The yearly death toll has continued to climb, with over 1,000 fatalities in the first six months of 2022.

Overdose is now the leading cause of death for adolescents in BC. Current approaches are ineffective and our dogma must be questioned. Novel approaches are needed, including the full range of prevention and early intervention, harm reduction, safe supply, and a consideration of hospital admission in the most rare and extreme cases involving children.

When a youth has a life-threatening overdose it takes days for cognition to improve sufficiently for them to have the capacity to understand and appreciate, refuse, or consent to, treatment. Most have serious mental health conditions; many are suicidal or at best indifferent to death. They are at high risk of a subsequent fatal overdose.

Yet current practice is to assume that only a few hours after overdose reversal they are capable of sound reasoning and to discharge them. Usually follow up is uncertain and guardians not notified.

A brief involuntary admission for youth with a life-threatening illicit drug overdose provides a pause in a dangerous pattern of drug use.

It allows for cognitive clearing to permit a mental health review, for a youth to capably consider treatment options and for opioid agonist therapy to be effectively initiated. Connections to community resources can be re-established. If treatment is refused, the adolescent can be counselled, equipped for harm reduction and discharged.

This novel approach can save lives.

David Eby should be congratulated, not castigated, for the fact that his position has evolved. More of us could learn from the famous British economist John Maynard Keynes who, when disapprovingly asked by a reporter why he changed his view on an important matter, replied ” When the facts change, I change my mind – what do you do sir?”