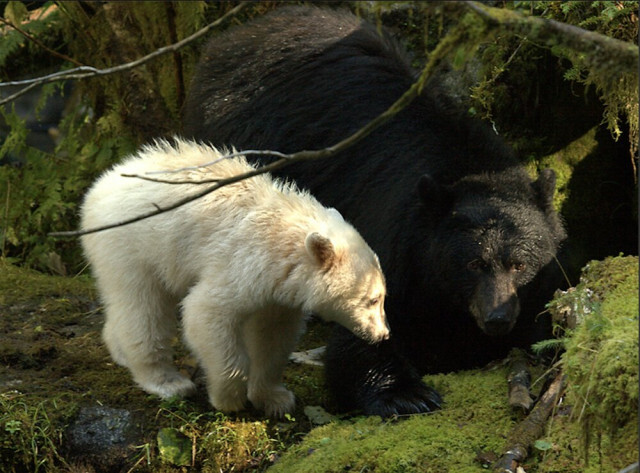 More than a century ago, British Columbia’s timber, minerals, and fish must have appeared limitless to the elites in Vancouver and Victoria.

But the conservation community could see the truth. As early as the 1890s, fish and game clubs formed out of concern for rapidly degrading wildlife habitats. Their advocacy and boots-on-the-ground efforts to restore the environment helped create our park systems and many of the protections wildlife enjoy today.

Saturday, Sept. 17 is National Hunting Trapping and Fishing Heritage Day, an opportunity to look back on what has been accomplished and look ahead to what can be improved as sustainable outdoor lifestyles grow in popularity. More than 107,000 British Columbians are licensed to hunt, 275,000 of us are licensed to fish in salt water and another 260,000 are licensed to fish B.C.’s lakes and streams.

Roads, railways, logging and mining destroyed vital habitat for fish and wildlife over the decades. Groups ,such as the B.C. Wildlife Federation, emerged 66 years ago as a powerful voice for tens of thousands of hunters and anglers whose primary interest is in conservation. With the rise in public concern for the natural world in the 1970s and 1980s, the federation retooled with a broad environmental mandate and engaged with the government peer-to-peer.

While there is much more work to be done, it has been a remarkably productive relationship, resulting in the creation of a world-class parks system, the protection of dozens of sprawling Wildlife Management Areas, the BC Hydro Fish and Wildlife Compensation Program, and the twin pillars of conservation, the British Columba Conservation Foundation and the Habitat Conservation Trust Foundation.

The Habitat Conservation Trust Foundation is arguably B.C.’s most important conservation institution. It has helped acquire 25,000 hectares of land for conservation and distributed more than $206 million to 3,550 conservation projects since 1981. Hunters, anglers, trappers and guide-outfitters put their hand up and asked for a surcharge on their licenses to fund that work.

HCTF sets aside about $500,000 a year for land acquisition in conjunction with the Nature Trust, Ducks Unlimited, Nature Conservancy, and local governments.

The creation of the HCTF was spearheaded by Carmen Purdy, president of the East Kootenay Wildlife Association and a director of the BCWF, government biologist Ray Demarchi, and Cranbrook trapper Joe Hall. The government of the day, which included forward-thinking cabinet ministers Rafe Mair, Stephen Rogers and Jim Hewitt, saw the wisdom of dedicated funding for conservation. Eventually, the fund was enshrined in the provincial Wildlife Act.

One of the HCTF’s most successful enhancement projects involved taking Roosvelt Elk from Vancouver Island and reintroducing them to locations around B.C. One herd on the Sechelt peninsula has grown from 30 animals to 1,600 animals.

Each year, more than $10 million a year is disbursed by HCTF to about 350 projects, carefully reviewed for the strongest likelihood of delivering benefits for fish, wildlife and habitat. The foundation’s work is conducted at arm’s length from government to ensure that money collected to benefit the environment is spent on the environment.

In the late 1960s, the BCWF had spawned a sister organization dedicated to habitat restoration work, which had become moribund. But in 1986, the British Columbia Conservation Foundation was resurrected to become the first general contractor for the HCTF, which handled the money and vetted the projects.

BCCF now works with governments, First Nations, eNGOs and community groups, including local BCWF clubs, to restore damaged habitat and acquire sensitive lands. After beginning its functional life with a handful of fisheries and wildlife projects wrangled by members of the hunting and angling community, the BCCF has since completed more than 5,000 projects worth $123 million.

BCCF’s Land for Wildlife Fund leverages its funds by partnering with other conservation groups to create a pool of money to purchase properties for the benefit of critically endangered species.

The hunting and angling community also took a leading role in pressuring government to account for the damage that economic development wrought on the landscape, especially hydroelectric development, recalled BCWF past president Harvey Andrusak, who helped negotiate compensation from BC Hydro on the Arrow Lakes and Revelstoke dam projects.

This year, the BC Hydro Fish & Wildlife Compensation Program will disburse nearly $10 million to 95 fish and wildlife restoration projects.

Jesse Zeman is executive director of the B.C. Wildlife Federation.