Opinion: No word to describe the loss of a child

The loss of a child 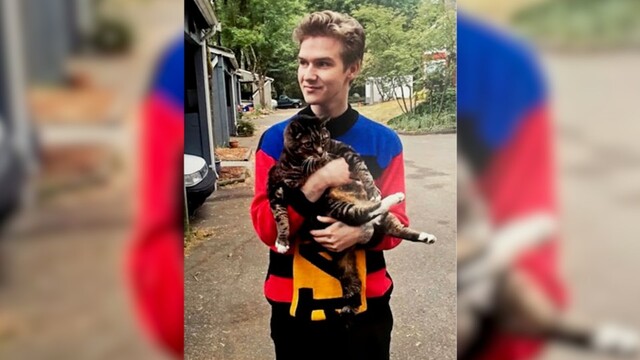 There are no words to describe a mother’s grief from losing a child.

In fact, it’s such a horrific thought that the English language doesn’t have a word to name a parent whose child has died.

Someone who loses a spouse is a widow or widower, and a child who loses a parent is an orphan. But a mother who has lost a child — we can’t name it.

But this is where I find myself, grieving a loss too awful for words, the loss of my son Michael on July 15, poisoned by a tainted supply of drugs.

The grief is overwhelming, and my entire life has changed. But anger isn’t far behind.

Anger at a system that doesn’t know how to help people struggling with mental health issues, people whose despair can lead them to find solace in drugs and alcohol.

Yes, my son struggled with addiction, but he was so much more than an addict. He was an artist, an empath, a gentle, compassionate soul. He gave me joy every day despite the dark times.

Just two days before he died, he made a batch of Rice Krispie squares. The day before he died, we were laughing over a video about a school teacher who wore the same suit in his official photo for 27 years.

For almost 26 years, we laughed and joked and talked and cried together.

Like everyone struggling with addiction, my precious son was worth fighting for — and I did fight for him. I spent years making phone calls, driving him to appointments, sometimes to the hospital, sometimes to treatment, begging for help.

At the time of his death, he was connected to a “mental-health team,” courtesy of our public health-care system, but he was lucky to see a professional every two or three weeks. It wasn’t enough, and because it wasn’t enough a mother, a father, two brothers, two grandmothers, aunts, uncles, cousins and many friends have been robbed of ever enjoying a laugh, a coffee, a deep conversation with Michael. The hole he’s left in our hearts will never be filled.

And here’s the twisted irony.

Last November, Michael sustained a serious drug-related injury which resulted in the loss of the use of his right knee. He required complex surgery. Prior to the operation, I sat in an office at VGH with a team of eight specialists who would be involved in the procedure.

The operation was successful and I’m eternally grateful. But while such remarkable resources were put into rehabilitaing his knee, the injury that was actually killing him was left untreated.

So, back to my anger — in fact, some days, it’s close to rage. Where were the eight specialists treating his mental health?

My son, along with every other person struggling with addiction, deserved long-term, intensive treatment with proper follow-up. Even a phone call every few days from his “mental-health team” would have gone a long way.

I gave him the best life I could, allowing him to live at home even while some advised me to kick him out. But one parent can only do so much. This is a systemic problem that requires systemic solutions.

Just a few months ago, Michael was with me when I stopped at the BC Liquor Store to buy my clean, government-regulated supply of beer, a drink I can imbibe knowing it won’t kill me.

Michael looked around the liquor store, and the hypocrisy dawned on him, that I can buy my safe drug of choice, alcohol, but he can’t buy a safe supply of his drug of choice.

And then the day came, July 15, when he bought his drug of choice, and, like so many of us who pour a glass of wine or beer, he prepared his syringe.

But someone up the supply chain had decided to cut the product to make a little more money and added carfentanil, fentanyl and benzodiazipines to the baggie they sold to him.

And that was it. One shot, and my Michael was gone.