Opinion: MP responds to criticism of his Private Members Bill 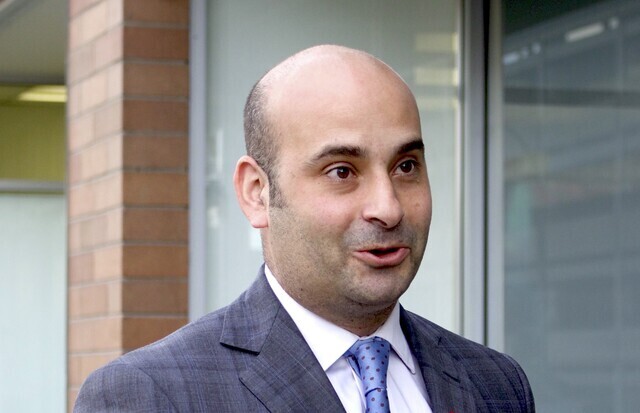 When I tabled my first Private Members Bill, C-274 An Act to amend the Criminal Code (detention in custody) on May 19, I naturally expected some criticism to come my way. Rarely is a piece of legislation tabled without a dissenting opinion.

To those who have come out publicly to say their piece about my bill, I have one thing to say: thank you.

The debate of laws is at the core of our democracy. It is the basic purpose of the House of Commons and I welcome the opportunity to further debate the merits of this bill. Good legislation will always stand against scrutiny. If it doesn’t, it should not become law.

For context, C-274 is meant to reform bail due to issues that have been caused by recent Supreme Court of Canada and local decisions. Recent decisions have led to detention pending trial being very rare. While well intentioned, the result has seen prolific offenders repeatedly released on bail while awaiting trial. Only after multiple, repeated serious offences will detention typically be order.

The mechanism of C-274 is straightforward. If a prolific offender commits three serious offences with maximum sentences of five years or greater, they are denied bail except in exceptional circumstances. This bill will only apply to three separate allegations of serious criminality. This highly targeted measure addresses a specific deficiency in our justice system. Very few offenders will meet these criteria since, as police have noted, only a handful of offenders are committing a majority of serious crimes.

Some have questioned whether this Bill is constitutional because the wording is broad and a (some believe) a violation of Charter rights.

Readers of the text of the Bill itself would note what lawyers refer to as an “exceptional circumstances” provision. In essence, this allows a judge the discretion to apply this law or not, meaning the Bill is targeted and its use is not mandatory when circumstances are exceptional. That may include socio-economic status, a person’s upbringing or factors relating to the overrepresentation of Indigenous peoples in the justice system.

One recent critic went so far as to entirely deny that crime is a concern in our community, citing statistics from the middle of COVID-19 lockdowns in 2020 as proof that crime rates are at an all time low.

I would invite that person to speak with local law enforcement, business owners, his MLA or the vast majority of residents of Kamloops-Thompson-Cariboo who will tell him the exact opposite is true.

I also note that much of the community was locked down in 2020. It is also now 2022 and most (residents) would likely acknowledge a feeling that crime has increased in the past two years.

It is disingenuous to believe that crime is not having an impact on our community. I have yet to hear about another city losing its McDonald’s restaurant because of repeated criminal acts.

I have heard about multiple cases of businesses reporting commercial break-ins, buying new security systems and being broken into again before those systems can be installed.

While reviewing this article, I received a note from a constituent who suffered a fourth serious offence against their business in the past few weeks. The simple reality is that something needs to change.

It’s notable that the vast majority of public criticism has come from defence lawyers due to their unique ability to speak publicly. Their contributions thus far represent one side of the debate.

I carried out extensive consultations in advance of the tabling of this bill. Unfortunately, Crown prosecutors, judges and other workers in the justice system are unable to publicly react to this bill. That has led to one-sided criticisms of my bill despite many private messages of support.

There are multiple causes of crime. It must be made clear that addressing issues like housing, substance abuse and current laws can all play a role. Bail is one such issue. Bill C-274 will not address every problem, but it is one important step in addressing high rates of crime that have had a deep impact on our community.

Frank Caputo is the Conservative MP for Kamloops-Thompson-Cariboo.