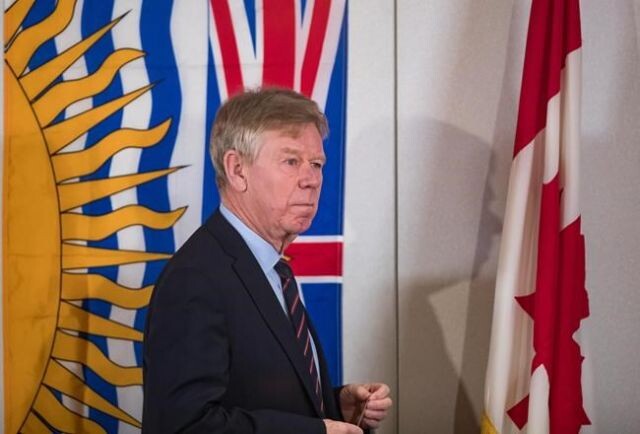 The release Wednesday of the 1,804-page Cullen Commission report on money laundering in British Columbia landed like a block of cement.

It is, however, really just a piece of the structural foundation.

It challenges the provincial government’s courage to bear the cost of truly rebuilding a system that would ultimately feed its coffers far less. What is clear in an early reading is how the public purse developed a dependence on casino revenue, real estate transfers and consumer spending most everyone knew was unsavoury – even the commission can’t surmise how much laundering takes place, only that it’s a large sum in the billions each year here.

Austin Cullen’s exploration is the starting point in a necessary marathon to tackle the prodigious currency that illicitly courses through our drug deals, white-collar crime and overseas flights of capital into our drug deals, real estate, yachts, jets, luxury cars and, for many British Columbians, their living large in la vida loca.

Like any good study, it looks at systems more than the actors within them. (Mind you, it does suggest previous BC Liberal governments were aware of the problems and ineffective in dealing with them, but not corrupted). Name a system around this field and Cullen found fault: among them the police, the regulators, the realtors, money services, corporate registries, international trade services, accountancy, cryptocurrency, and of course politics. The legal profession, however, is doing well in his books in contending with the challenges money laundering brings its way.

Its 101 recommendations are daunting and, at first blush, beyond any province’s capacity without national and even international concurrence. Simply in the B.C. context, Cullen is calling for a new level of attention that would revolutionize scrutiny on the economy.

It would involve a powerful independent commissioner to oversee the province’s response to money laundering, a special intelligence and investigation unit dedicated to this field, a reporting of all luxury goods transactions of more than $10,000 to a central authority, much clearer attention to wealth transfers often at the core of laundering, a deeper resolve to seize assets, and new anti-laundering credentials for realtors and chartered accountants. This is not work to be done by week’s end, even decade’s end.

In some ways, Cullen is saying it’s time for the province to chart its own course. “The RCMP’s lack of attention to money laundering has allowed for the unchecked growth of money laundering since at least 2012,” the report concludes, and its criticism of the federal financial tracking system known as FINTRAC suggests B.C. at least needs to get into its own hunt on money services.

The most tangible finding is also one of its most controversial. The former B.C. Supreme Court justice concluded that money laundering was not a significant impact on housing unaffordability. This will gall many, but in reviewing this section of the massive document, the commission effort to confirm speculation was never fortified by sufficient evidence. There are other things like much more to blame, he concluded – like supply and demand, population growth and interest rates.

It is difficult to know if Wednesday’s release was Attorney General’s David Eby’s vision in 2017 and 2018 when it became obvious something needed to be done. He probably thought “something” wasn’t “this thing.”

His first effort to study money laundering under former RCMP deputy commissioner Peter German – praised Wednesday by Cullen for changes in casino practices that no longer make them laundering havens – only sent him deeper into the weeds to initiate a full-fledged commission under Cullen.

The idea at the time seemed to be to produce a rapid report in time for early 2020 to then produce legislation by that fall’s scheduled election that would position Eby as the white knight to cleanse British Columbia. A few things, like elongated research ahead of the hearings, like elongated hearings ahead of the report, like that pesky pandemic, were uncooperative. But what few could have surmised then was that the probe would be both so lengthy in one sense and so surface-scratching in the other.

Is there the political willpower, the availability of talent and capital to tackle these beasts that have taken shape, the acceptance that concerted public effort will yield few immediate results, and the recognition that we will all pay some sort of price for the diminution of this dirty money into cleaner coffers?

Cullen spends about a page of his 31-page executive summary trying to keep readers from believing the massive renovation can’t be taken down to the studs and structured in a more sustainable way. He admits the evidence can render a sense of helplessness.

“From what I have seen, heard, and read during this Inquiry, the provincial government has, in recent years, demonstrated a strong will, and it is working on strategies to convert its will into action,” he writes in reasoned optimism. Even politically partisan critics must hope he is right.