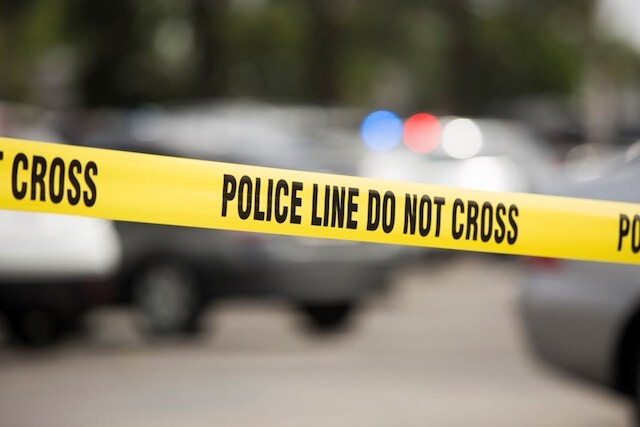 Recently, the residents of Kamloops were treated to the sight of their MP Frank Caputo, and their RCMP superintendent, Syd Lecky, sounding the alarm about a supposed crime wave allegedly caused by lenient bail conditions imposed on repeat offenders.

While it is refreshing to see the Conservative Caputo endorsing law and order following his party’s support of the lawless “Freedom Convoy” as it attempted to overthrow Canadian democracy, his proposals to reform the bail system are ill-informed, wrongheaded, unconstitutional and a threat to the rights and freedoms Canadians currently enjoy.

Lecky has supported this effort by making outlandish claims about the nature of the problem, presuming to speak for the residents of Kamloops despite holding no elected office, and expressing frustration with the principle that one is innocent until proven guilty.

Both men ignore the fact there is little or no evidence to support their alarmist and irresponsible fear-mongering.

In fact, according to the Ministry of Public Safety, the most recently available data from 2020 shows crime in B.C. decreased by 11.9% during that year. The violent crime rate was down by 2.8%, property offences were down by 16.6%, and the crime severity index (a measure that tracks serious crime) decreased by 8.3%. Given these decreases, it is puzzling as to why Caputo and the RCMP superintendent speak as though the province is under siege.

Lecky seems to prefer his own statistics, recently making the preposterous assertion that 5% of prolific offenders commit 90% of offences. Lecky provided no evidence or data to support this incredible figure, but it has nevertheless been repeated and treated as fact by his more credulous allies in the local media.

His political advocacy, inappropriate and unbecoming of an ostensibly non-partisan public servant, is an example of how dangerous it is when the RCMP plays politics.

Past political activism by the RCMP has included violently suppressing the labour movement, systemic illegal spying on civil rights organizations, perpetrating hundreds of illegal break-ins against left-wing groups, burning property to target groups committed to racial justice, bombing an oil facility to scapegoat an environmental activist, brutalizing APEC protestors, assisting in the rendition of Canadians for torture and colluding with the perpetrators of said torture and hiring academics to try to discredit harm reduction approaches to drug addiction.

All of this has occurred within an organization whose leader admits is systemically racist. Sadly, this is not the only problem which plagues the force.

Former Supreme Court Justice Michel Bastarache, in a 2020 report entitled “Broken Dreams Broken Lives,” wrote of the Mounties: "What I learned led me to conclude that a toxic culture prevails in the RCMP. This culture encourages, or at least tolerates, misogynistic, racist and homophobic attitudes among many members of the RCMP”.

In light of this finding, and given the fact greater restrictions on the right to bail will disproportionately impact racialized Canadians, citizens ought to treat such proposals with extreme skepticism.

Considering the squalid history and toxic culture of his organization, it is perhaps unsurprising Lecky now employs dubious statistics in service of his goal of limiting Canadians’ freedoms. What ought to shock residents of Kamloops is the fact their MP has offered such uncritical support for the effort.

Caputo has two proposals to narrow the scope of Canadians’ rights. The first is a petition he has promoted urging parliament to “address” the recent Supreme Court decision in R v Zora. This unanimous decision of the court held that bail conditions must respect the Charter of Rights and Freedoms, be clearly articulated, be linked to the specific risks posed by an offender and be necessary for public safety. The decision addressed the very real problem of offenders who find themselves in a vicious cycle of breaches after having been given conditions that do not relate to their offence.

It is unclear which specific aspect of this decision Caputo finds objectionable, but the underwhelming public response (only 186 signatures) means Zora is likely safe for now.

Caputo has also tabled a private members bill, Bill C-274, which would presumptively remand into custody any offender charged with three indictable offences. This bill’s dual drawbacks, in that it is almost certainly unconstitutional and, according to multiple lawyers asked for comment on its merits (including Iain Currie, Caputo’s former boss in the Crown office), is unlikely to address the problem of prolific offenders.

Crime is a social problem that does not have easy solutions. However, there are lessons that can be learned from other countries. The United States imposes harsh sentences and restrictive bail conditions while providing a threadbare social safety net (of the type favoured by Conservatives). It incarcerates its citizens at a higher rate than anywhere else in the world. This strategy has produced some of the highest rates of homicide and violent crime in the world. Many Western European countries, on the other hand, provide generous social services, impose much more lenient sentences and imprison comparatively few of their citizens, while enjoying much lower rates of violent crime and homicide.

By advocating for discredited American-style approaches to crime, Caputo and Lecky risk leading us down the same disastrous path. Crime rates will rise, rights and freedoms will be restricted and more people will suffer, both as victims of crimes and offenders subjected to punitive sentences.

Joe Killoran is a criminal defence lawyer in Kamloops.