Buckle up for a wild real estate ride in the Okanagan 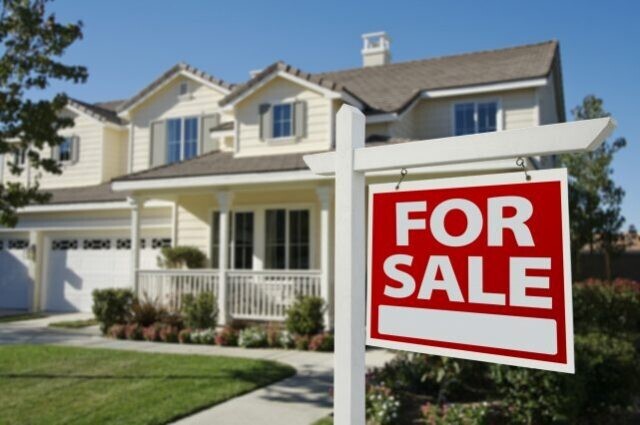 Additionally, Canada's latest census data released in February of this year reveals Kelowna is the fastest growing census metropolitan area in Canada, with 14% growth (among cities with 100,000 residents or more).

It's a promising recipe that has Kelowna’s buyers, sellers, developers, builders, and marketers set for growth mode. For instance, the Epic team has gone from three people to 26 in just over a year, and we are eying tremendous growth potential in Kelowna's multifamily, recreational, and luxury markets.

Thanks to its vineyards, wineries, beaches, and lakes, the Okanagan Valley has attracted interest from buyers across the country, and with more visitors expected this summer after two years mostly mired in pandemic restrictions, Kelowna's best marketing tool is ready to attract additional pent-up demand from people looking at getting a piece of the idyllic Okanagan lifestyle.

Remote work has allowed increased flexibility when it comes to where we live, empowering Canadians to prioritize their lifestyle needs. As a result, we are seeing shifting buyer demographics in the Okanagan Valley to a much wider range, including baby boomers seeking to relocate, investors, young professionals eager to set down roots, and mature families looking to upgrade their space.

In the new home market, there has also been a significant increase in interest from Lower Mainland buyers.

Our internal data showed that 45% of our buyers are from the Lower Mainland, 31% from the Okanagan, 12% from Alberta, and 5% from Ontario – a shift in location demographics compared to previous years where the majority of buyers were from Alberta.

However, as the Alberta real estate market starts to gain momentum, Epic expects the number of buyers from this region to ramp up again starting this year. Buyers from Ontario have also doubled year-over-year as the Okanagan is now on the map for Ontarians as a destination to visit and live.

Unlike previous markets where a large percentage of buyers were investors and speculators, the buyers we are seeing have close ties to the Okanagan and are looking to set down roots, move their business to the area, or spend a portion of the year enjoying the unparalleled lifestyle the region offers.

For those who experienced the Kelowna real estate boom and subsequent crash in the early 2000s, this real estate wave may feel familiar; however, there is a key difference with today’s market. There has been a significant shift when it comes to buyers’ decision-making. As market information is now widely available and easily accessible online, today’s buyers are making more informed decisions when it comes to purchasing homes in the region.

Lifestyle and the ability to retire early or work remotely are also significant factors that are driving buyer decision making today. The pandemic has led people to realize that time is precious, and they are taking the opportunity to live the lifestyle they want, whether it be moving their business to the region or working remotely. Buyers are also seeing the future growth potential of the Okanagan Valley for a savvy investment choice.

With strategic decisions being made and significantly more inventory available today compared to that of the early 2000s, we expect the market to continue experiencing growth in the coming years – even as it starts to become more balanced.

Between 2020 and 2021, job postings in the Central Okanagan increased by 42.5% and the unemployment rate saw a steady recovery, according to the Central Okanagan Economic Development Commission (COEDC). That said, it comes as no surprise that Kelowna’s downtown core has experienced significant growth over the past few years.

In addition, new high-rise towers are currently in development to accommodate Kelowna’s increasing population and revitalize the downtown core, including ONE Water Street, Kelowna’s tallest residential tower which will be finishing construction this summer.

The expansion of the city center is expected to accelerate even further with the arrival of UBC Okanagan’s new downtown campus. We are already seeing significant interest from developers looking to build near the campus and expect this neighbourhood to be one to watch for further growth.

West Kelowna is also a growing region to watch as it’s becoming a great alternative to the city center with the addition of communities such as Lakeview Village that offers walking access to a retail village, outdoor activities, and the wine trail.

As Kelowna’s economy continues to diversify and buyers flock to the Okanagan Valley for its unmatched lifestyle, there will be immense future growth potential for Kelowna’s multifamily, recreational, and luxury markets, signaling a wild real estate ride we can collectively start preparing for.

Shane Styles is president and Curt Woodhall is the senior vice-president at Epic Real Estate Solutions in Kelowna.