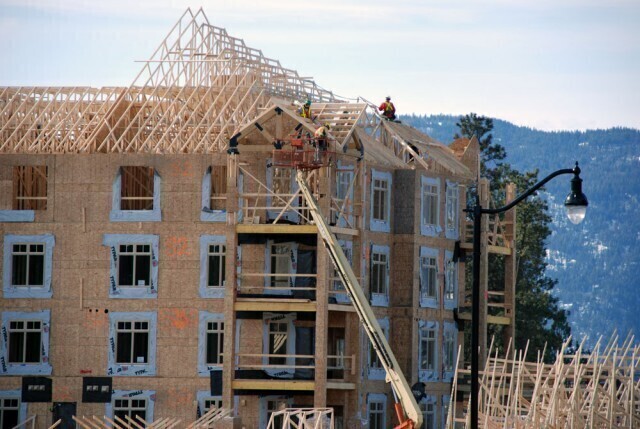 The following is an opinion piece signed by the mayors of 12 of B.C.'s largest cities, including Kelowna Mayor Colin Basran and Kamloops Mayor Ken Christian.

People who work in our cities can’t afford to live in them. Young people cannot buy homes. Families are living in spaces too small for their needs because that’s what they can afford. Students are living in vans. Too many people are experiencing homelessness. All this is not new, it’s been years in the making. And now it’s a crisis.

Our Province is home to four of the fastest growing communities in Canada, with over 100,000 people migrating to BC in 2021. In that year, only 47,607 new homes were started. Keeping up with this pace of growth puts a strain on municipalities. For example, in a matter of months, Victoria and Vancouver rents jumped 20 per cent between late 2021 and early 2022.

The recent federal budget and indications coming out of Provincial Housing Minister Eby’s office, taken together – and in partnership with cities – may start to address the true crisis that is upon us.

Federal Budget 2022 commits to doubling the number of new homes built over the next 10 years. The rallying cry of the Federal Government, that “this must become a great national effort and will demand a new spirit of collaboration,” can only be achieved with cities as partners. Given the right tools, resources, and authority, our municipalities will deliver on these ambitious goals.

As mayors, we see too many of our residents still experiencing homelessness. And we hear about the impact of people living in public spaces on our small businesses. The local, provincial, and federal collaboration developed during the pandemic, where the federal Rapid Housing Initiative (RHI) saw supportive housing built quickly in almost all our communities is the foundation to build on. Budget 2022 shows good intentions that must be followed with concrete actions to be successful.

We’re pleased to see an additional RHI investment of $1.5 billion to continue to address homelessness, and we’ll work hard to help ensure that BC gets its share of the funding in this round. We’re also grateful for the continued doubling of the Reaching Home funding. This is a direct federal investment in our communities to address homelessness and provide much-needed programs and services to those who are most vulnerable.

We’re concerned that there wasn’t more funding for urban Indigenous homelessness. $300 million over five years is inadequate to address the needs of Indigenous people displaced to our streets through the effects of colonization and the residential school system. More needs to be done to appropriately house Indigenous people who are disproportionately represented, and this housing needs to be Indigenous led.

The housing cornerstone of Budget 2022 is the $4 billion Housing Accelerator Fund; this is where we truly can move to action. To be effective, the program must be easy to access and as flexible as possible. Cities should be empowered to use the funding to meet individual communities’ needs including hiring staff, updating permitting systems, streamlining processes, acquiring land, and other solutions that will get the job done faster and see more housing built. There is no shortage of housing applications coming in, we just need the capacity and resources to expedite them.

The Housing Accelerator funding should be disbursed to local governments without requiring matching provincial funding or project approval up front. Working with the provincial government, as municipal leaders we can leverage that funding ourselves.

BC’s Minister Responsible for Housing David Eby has made headlines recently with the need to see local governments approve more housing more quickly. We’re ready for the challenge. In 2019 the provincial government adopted legislation requiring local governments to do Housing Needs Assessments every five years. The Province should put forward legislation requiring that we build the number of homes in our communities that we need. They should provide the additional authority, resources, and tools required, and – along with investments from the federal Housing Accelerator Fund – leave it to us as to how to get there.

This “great national effort” of a post-pandemic housing boom will take commitments from all of us. The federal budget signals that cities are key partners in addressing this challenge. The BC Urban Mayors’ Caucus is up for it, for our residents and businesses now, and for future generations.