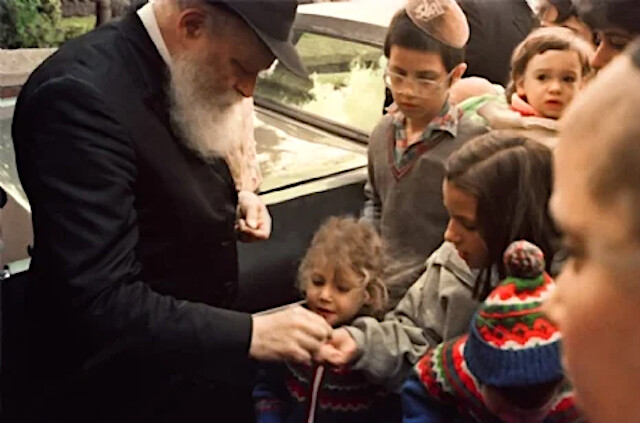 In Jewish culture, the traditional birthday wish is “Mazal Tov! 'till 120!”

The famous Jewish leader Moses lived to be exactly 120 years old. Considering his legendary accomplishments and everlasting legacy, that traditional birthday wish intimates a blessing for a fully lived life, one filled with meaningful accomplishments that will endure forever.

In modern times, the Rebbe, Rabbi Menachem M. Schneerson is my ultimate example of a Moses persona, and this year, April 12 marked what would have been his 120th birthday. (He died in 1994 at the age of 92)

Just as Moses was a master teacher, the late Rebbe educated generations of disciples to understand Jewish tradition, life and the ways of the world with such profound depth.

Like Moses who shepherded a nation during a difficult transformational period by caring for their every need, the Rebbe assumed personal responsibility for the global Jewish community in 1950, within a few years of the Holocaust, one of the most traumatic and destructive events in all of Jewish history.

But there is one specific episode that I believe makes their similarity most striking. It enlightens a unique aspect of both Moses' and of the Rebbe’s life work and it is specifically this aspect which in turn can empower every one of us to be somewhat like Moses as well.

Prior to becoming the Israelite leader, Moses worked as a shepherd.

One day, he noticed a single little sheep wandering off to be alone. He followed it all the way until he found the little sheep standing next to a stream of water. He nurtured the little sheep and cared for its every need, after which he finally returned it to the comfort and warmth of being with its flock.

A short while later is when Moses noticed the miraculous sight of the famous thorn bush ablaze not becoming consumed by the fire.As he approached to investigate, God spoke with him and sent him on a mission to free the Israelites from Egyptian slavery.

This story is so meaningful on many levels.

But perhaps most of all, it illustrates how Moses was only granted the mantle of communal leadership once he displayed a tremendous dedication to the individual.

Furthermore, dedication even to what others could have mistaken as "just another" seemingly insignificant, sheep.

Making decisions based on the benefit of the majority has its place, but the core of leadership must be the appreciation that every individual is an entire universe.

As an ardent student of the Rebbe’s teachings and the history of his life, this value is certainly a recurring theme and one of his many great legacies. He taught that every individual has an inherent spark of goodness which can and should be nurtured.

Everything in this world has a divine purpose to be valued and respected. But most importantly, we all have an integral role to play, our unique job, in making our world a more peaceful and better place.

The Rebbe’s focus on education was legendary. Beyond establishing thousands of educational institutions all over the world, it is with his own behavior that the Rebbe personified the quintessential educator.

Day in and day out, although he was a leader who had colossal responsibilities on his shoulders, he would regularly engage with individuals, even the smallest children, with a special emphasis on the one who wandered away and was often left alone in the world.

Always demonstrating to each one the inherent goodness that they possessed and the unique gift that only they can contribute, infusing all with transformative energy and empowering them to do good.

Before entering the synagogue for prayer services or even while walking down the street, he would make time on a regular basis to hand coins to small children for them to place into the nearby charity box, empowering them to do another act of goodness and kindness.

Education is not about preparing legions of potential participants in the workforce, the Rebbe insisted.

Rather it is the essential and thrilling mission of empowering every individual child to live a life of purpose and higher meaning, with an awareness of his or her accountability to God and society.

That they should have the necessary tools to navigate the often difficult moral dilemmas he or she will inevitably encounter, and to make the right choices.

This is why the world observes Education and Sharing Day each year on the Rebbe’s birthday (four days before Passover) and I am so grateful to Canadian leadership for participating as well by dedicating April 12 as Education and Sharing Day. It is a day for us to reflect on how we can be a bit like Moses and care for the spiritual and moral welfare of even one single child.

To cherish and value even one single good action, knowing that goodness breeds more goodness and our accumulated good deeds, will usher in an era of global peace and tranquility.

Rabbi Shmuly Hecht is the director of Chabad Okanagan in Kelowna.