No matter how you slice it, pizza with pineapple is a clear winner with Canadians: poll 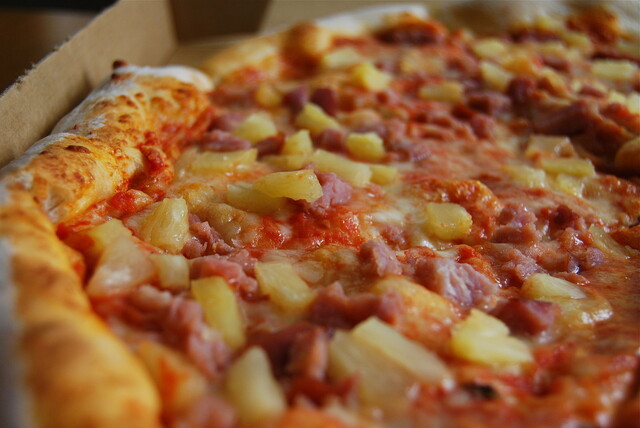 In the early stages of the COVID-19 pandemic, in April 2020, Research Co. and Glacier Media reported that 40% of Canadians were not ordering food delivery to their homes at all because they feared becoming infected with the virus. The last time we asked, in September 2021, the proportion had dropped to 14%.

After the understandable fear at that was outlined at the start of the pandemic, many Canadians have become more reliant on food delivery, especially when the chances to enjoy a meal at a restaurant were scarce. Even now, as the level of support for “vaccine passports” is high, some Canadians are still not comfortable going out. The only way to rest from cooking at home is to order in.

Halloween night is one of the busiest nights for pizza delivery in Canada, with the number of orders rivaling what is experienced during sports events such as the Super Bowl, Grey Cup or Stanley Cup Final. With that in mind, we wanted to review if the needle has moved on the way Canadians feel about specific foods – including the oft-maligned Hawaiian pizza – and figure out just what residents of each region of the country would put on their pies.

In 2019, when we first analyzed the propensity of the population to consume specific dishes, 66% of Canadians told us they would “definitely” or “probably” eat a pizza with pineapple. This year, the proportion has grown to 73%, hardly a minority of rascals as some social media users would lead us to believe. Pizza with pineapple enjoys its best “approval rating” in Alberta (90%) and British Columbia (83%) and its lowest in Quebec (55%).

While putting pineapple on a pizza is acceptable to a majority of Canadians, there are some differences on account of ethnicity. While two-thirds of Canadians of European and South Asian descent (68% each) have no problem with this culinary option, the proportion jumps to 78% among Canadians of East Asian origin. This might be partially explained by the combination of sweet and sour that is present on several Asian delicacies.

There are some regional disparities when it comes to some non-heralded choices to top a pizza. Tomatoes reach 22% in Quebec and green olives climb to 13% in British Columbia. Beef jumps to 27% in Atlantic Canada and chicken to 23% in Alberta (yes, not the other way around as one would have imagined).

Quebec, which already telegraphed its feelings about Hawaiian pizza, has the lowest proportion of residents who would consider pineapple (8%) or ham (7%) if they were designing their own pie.

While the differences in pizza toppings are not particularly astonishing between Canadians of European and East Asian descent, there are some drastic changes among respondents of South Asian origins. The top three ingredients for this group are onion (36%), chicken (33%) and mushrooms (32%). Also, while the Canadian average for jalapeno peppers as a pizza topping is 7%, the appetite for a little heat on top of a pizza reaches 23% among South Asian Canadians.

A separate contribution to world cuisine continues to be popular. More than three in four Canadians (77%, up two points since 2019) would consume poutine, including 85% of Quebecers.

There is little change on the controversial prairie oysters (27%, up one point). In fact, more Quebecers and Ontarians would give this dish a try (33% and 30% respectively) than their counterparts in Alberta (22%) and Manitoba and Saskatchewan (21%).

Shark fin soup, which has been banned in some jurisdictions, piques the interest of 21% of Canadians, but rises to 55% among those of East Asian descent. Two offerings from the Maritimes – scrunchions and cod tongues – are appetizing for 19% of Canadians, but climb to 35% and 42% in the Atlantic Provinces.

There is negative momentum for a delicacy that seemed to be everywhere a couple of years ago: the plant-based hamburger patty. We found that half of Canadians (50%) would eat one, but this represents a 10-point drop since 2019. Canadians aged 18 to 34 are more likely to be open to this dish (64%) than their counterparts aged 35 to 54 (58%) and aged 55 and over (40%).

Finally, a steak with ketchup – one of the widely reported meals enjoyed by the 45th American president – is appetizing for 44% of Canadians, down four points since 2019. For some odd reason, almost half of Quebecers (49%) see nothing wrong with this offering.

Results are based on an online study conducted from October 4 to October 6, 2021, among 1,000 adults in Canada. The data has been statistically weighted according to Canadian census figures for age, gender and region in Canada. The margin of error, which measures sample variability, is plus or minus 3.1 percentage points, 19 times out of 20.