Opinion: We get the judges we put up with

The judges we put up with 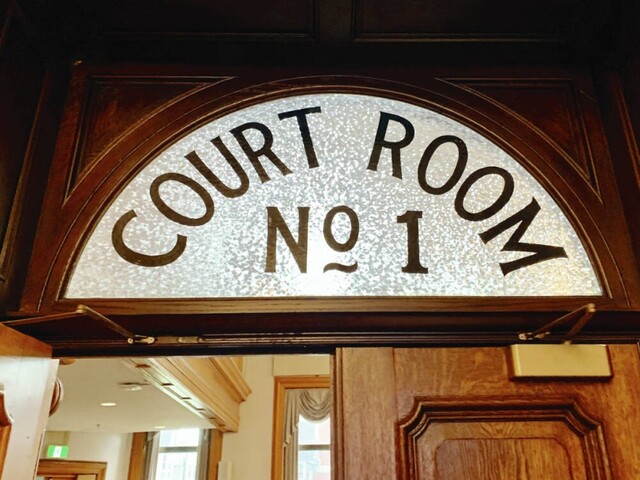 Photo: The Canadian Press
Since there is no realistic likelihood of a judge being disciplined or removed merely for giving inadequate thought to the safety or well-being of the community, it’s up to community members to speak up, writes Lawrie McFarlane

Around 9:30 p.m. on Aug. 23, an Esquimalt woman screamed as she saw a man trying to climb through her bedroom window.

Though he persisted, she managed to keep him out until a group of neighbours stepped in and held him till the police arrived.

The intruder was taken into custody, and charged with trespassing and assault.

The next day, he appeared before a provincial court judge who immediately released him on bail.

Henry Mario Hueving is 63 years old. He has a string of convictions reaching back to 2004. His offences include kidnapping and sexual assault. The kidnapping incident took place in Esquimalt.

Local residents are understandably ­outraged that a man with this history, caught in the act of breaking into a woman’s ­bedroom, was set free the next day.

Yet this is by no means an unprecedented or even rare display of judicial disregard for public safety.

Last year, a 23-year-old Burnaby man who had drugged, bound and raped a 17-year-old girl was sentenced to 12 months for sexual assault, and two months for child pornography (he had recorded the girl’s five-hour ordeal on his cellphone).

Unbelievable? Yes. (And in fairness, an appeal court judge upped his sentence ­somewhat). But what to do?

Some U.S. states require judges to run for election, meaning non-performers can be unelected next time around. I wouldn’t want that option — judges should be free to render decisions safe from the passions or politics of the moment.

At the same time, it does appear the ­protections we’ve erected around the ­judiciary have distanced them from any effective form of pushback by the community.

Technically, there is a formal procedure for removing judges. If a complaint is raised against a federally appointed judge, it is heard by the Canadian Judicial ­Council. Though notably, every member of the council is a judge — a classic case of the fox minding the chicken house.

In the event of serious misconduct, the council can recommend to the justice ­minister that the judge be removed. If the minister agrees, both houses of Parliament must give their approval.

Not surprisingly, however, given how high the bar is set, only a handful of federal judges have been removed over the years, and then almost always for misconduct that involved either criminal behaviour, or ­serious ethical lapses. I don’t believe any federal judge has ever been unseated for falling short of the community’s ­expectations.

Much the same process applies in the case of provincial judges, with one exception. Some provinces appoint lay people to their judicial councils. B.C.’s council comprises nine members, five of whom are judges, while four are lay people.

Otherwise the procedure is the same — a provincial judge can only be removed on the recommendation of that jurisdiction’s ­judicial council, followed by an order of the provincial cabinet.

As before, such actions are rarer than hens’ teeth, and again, only when serious misconduct is involved.

In short, there is no realistic likelihood of a judge being disciplined or removed merely for giving inadequate thought to the safety or well-being of the community. And of course, given their huge benefit packages, it’s unlikely they live in a part of town where the safety of local residents is most at risk.

What we can say is that judges, insulated though they are, can hardly be unaffected by expressions of public outrage at their ­decisions. In short, it’s up to us to speak out and demand at least some connection between the values of our judiciary and the values of the people they are sworn to protect.

Lawrie McFarlane is a columnist with the Victoria Times Colonist