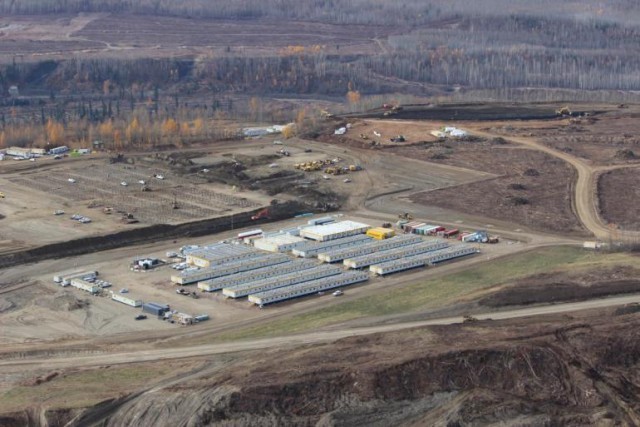 Lost in the news over the Trans Mountain pipeline is that B.C. Hydro will be cutting a cheque to Flatiron/Graham, principal contractors on the Lower Mainland Transmission Line, for approximately $100 million following arbitration.

The line was riddled with errors from the get-go: failure to consult with First Nations, sub-standard steel imported from India and frustrations that led the utility to complete one section of the line itself.

In 2015, reacting to the growing litany of problems plaguing the line, former energy minister Bill Bennett cut to the chase: "Hydro has characterized [the problem] as a failure to perform."

The utility was more nuanced a few months later, stating: "The contractor faced scheduling pressures during construction and, based on feedback from the contractor, BC Hydro pushed the in-service date to late 2015.”

The current cost for the line now stands at $828 million.

Flatiron has also run into “scheduling pressures” in Montreal, along with SNC-Lavalin, ACS Grupo (ACS), Hochtief, Dragados Canada and EBC Inc., all members of the consortium building that city's new Champlain bridge. Pressures that an additional $235 million from the federal government somehow managed to fix.

Flatiron is getting another kick at the can on Site C.

In March, the utility announced that it had awarded AFDE Partnership a $1.6 billion contract for “the generating station and spillways civil works component” of the project.”

AFDE is made up of Aecon, Flatiron, Dragados and EBC Inc.

Construction highlights of the contract include: “installation of 34,000 tonnes of rebar.”

Rebar can be tricky, as the Windsor Essex Mobility Group consortium learned in 2013, when it had to replace “500 pre-stressed concrete bridge girders due to the use of tack welding” on the Detroit River International Crossing project.

Scheduling pressures too, as the Windsor Star reported in March 2015.

WEMG had bid $200 million less than the Ontario government's estimate for the project and likely won the contract as a result of that bid and its promise to meet the targeted opening at the end of 2014.

Despite working alongside them on the Windsor project, Acciona is actually a competitor of ACS and has its own Site C contract, which hasn't worked out so well.

In 2015, Hydro awarded the main civil works contract to Peace River Hydro Partners (PRHP), which was then made up of Acciona, Petrowest Corp. and Samsung C&T Ltd. It was the lowest bid at $1.75 billion.

In its report for the B.C. Utilities Commission, Deloitte LLP felt that PRHP's “ability to meet critical milestones poses a major risk to the Project.”

It noted that PRHP “may have significantly underbid the project, by $285 million to $345 million.”

Fellow PRHP member Samsung C&T “was widely believed to have underbid” for work on an Australian iron ore project, Roy Hill Mine, in 2013. In 2016, the company reported a $1 billion loss on the project.

Petrowest filed for bankruptcy in August 2017.

After Deloitte submitted its report, news broke that the project had missed a key deadline and the river diversion would be delayed by one year, at a cost of $610 million. A sum not included in the Deloitte report.

Scheduling pressures come with an additional price tag: every month of delay will result in an additional $21 million in interest costs.

The government won't get much flack from one group of power brokers, though.

We'll see how their members react in a few years to their monthly utility bills, because the chances that Site C will come in at $10.7 billion are about the same as pigs flying.

– Dermod Travis is the executive director of IntegrityBC.