Everyone needs a Kelly 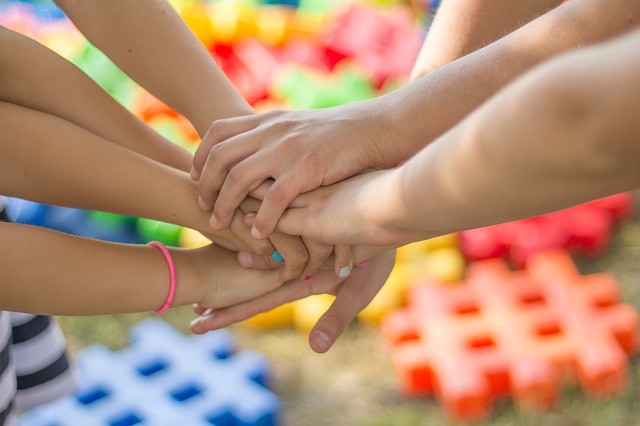 There are fewer, more pathetic feelings than being so sick you can’t move when your four-year-old daughter calls from her bedroom, “Can somebody please help me?”

It was 5 a.m., and my wife was working in Ontario for a week. I’d been hit with some mysterious illness. I tried to step down from bed only to have a wave of nausea overcome me.

I hit the floor, and crawled to the bathroom.

On the flip side of that, there is nothing more inspiring than having others — including your two older children— rally to help you.

I called out, “Emmy, come here and tell me what’s wrong.” But she could barely hear me, mostly because I could barely croak out anything from a sandpaper throat.

She kept calling for help. She had peed her bed. She never pees her bed any more, not for a year.

As fate would have it, she picked the day I felt like I’d been hit by a medium-sized rhinoceros carrying a baby hippo on its back and my wife was in Toronto.

She called out a half-dozen times, so much that it finally woke her two older sisters.

La-La and Betty emerged from their slumber, crossed the hall and asked Emmy what was wrong.

They removed her sheets, took her to the bathroom to change and arranged a makeshift bed for her, all while Daddy crawled on his belly to the toilet. I didn’t barf, but I was immediately soothed by the cold, bathroom tile.

It felt as if my head was a giant magnet, and the floor was made of iron.

I could barely turn around and crawl back to bed. I had a feeling if I could just break the magnetic field controlling my forehead, I could climb back into bed — which suddenly appeared to be on stilts — and sleep it off.

We still had a couple of hours until our alarm and the morning, school-day routine.

Two hours later, though, there was no way I was getting three little girls dressed, fed and into a car for school.

I could hear them whispering in their bedrooms once they were awake, and that took my guilt to entirely new levels.

“We can call someone,” La-La said.

“But we don’t know how to use Daddy’s phone.”

I’ve never felt more useless in my life. I’ve also never been more proud of other human beings. They weren’t going to just quit. They wanted to do the right thing.

I was just about to call them into my bedroom, when La-La offered another option: “I can use Daddy’s phone. I can call Kelly.”

Kelly is our “backup Mom.” Before you take that idea into directions that insult us all, know that Kelly is mom to La-La’s best friend. We see them at school, dance and soccer. We live minutes from each other.

Everyone needs a Kelly.

I’d told the girls we would just stay home from school, but eventually sent a text to Kelly.

She got our message and sprang into action, coming to collect the girls for school and check on me (and chastising me for not calling her sooner). She offered to get me food and medicine. She soothed La-La’s nerves (she hates to see her parents sick or sad as much as she hates being late for school).

I’ll say it again, everyone needs a Kelly. In the absence of family (my in-laws were in Palm Springs), having someone you can rely on when the going gets tough is nothing short of lifesaving.

There’s something else there, too. Having someone you can help — genuinely help — is just as uplifting.

That’s why, when someone in Kelly’s family is sick and we can provide a lift to dance class or a dozen muffins, we jump at the chance to repay them.

Given that between us we have six children between ages two and seven, there are likely going to be dozens of opportunities to help each other over the years.

Having someone there to help also quiets those “growly” thoughts. What happens if your car breaks down, you forget your keys or — God forbid — our basement floods (or worse), knowing there’s someone out there who has no reservations about coming to your aid is better than Xanax.

If you’re the type of person who takes in abandoned baby birds, shovels your neighbour’s driveway, or picks up their kids from school--just because it’s the right thing to do--this is dedicated to you.

Thank you to all the Kellys in this world.