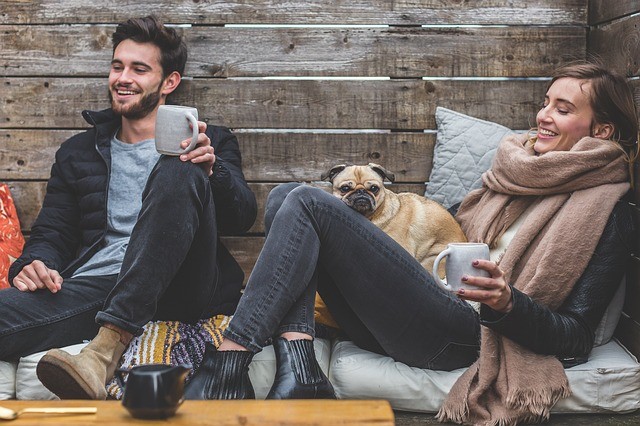 What does pet-sitting have to do with a dramatic fiancee?

Well, nothing unless you’re competing in this year’s NYC Midnight Short Story Challenge.

If that’s the case, you might be writing about something totally different.

There are dozens of possibilities in this unique contest that offers US$5,000 first-place prize money, a self-publishing book package and untold fame and fortune.

The concept is relatively simple. After you enter and pay the $75 fee, you’re given the subject matter on which you have to write.

Entrants get a genre (drama for me), character (the fiancee) and subject (babysitting fur babies).

But it could be a crime story, action-adventure, romance, science fiction or a fairy tale. You could be writing about a doctor’s first love or a chocolatier's funeral.

The twist is this: writers must submit their short stories of 2,500 words or less in seven days.

There’s a great big ticker counting down on the website just to keep you focused, too.

This year, more than 4,500 writers from 44 countries have entered, including yours truly.

We’ve all been randomly segmented into “heats.”

In early April, the top five writers from each heat advance to the second round and the process repeats itself, albeit in an abbreviated form.

Round 2 stories are 2,000 words and must be written in three days.

You get where this is going, I’m sure.

Finalists must write a 1,500 word story in 24 hours when the “championship” round begins on May 17.

Last year’s winner — Michael Tippett of Australia — penned a sci-fi story called Crawlers about alien creatures roaming the planet in search of human prey. It had some not-so-subtle undertones of family and sacrifice.

The contest judges gave him an “open” genre, but the story had to include an actress and altruism.

It was a simple story, something that would undoubtedly feel familiar to many of you (especially those who devour sci-fi monster stories).

It’s also filled with visceral detail written at a pulse-pounding pace. Although, admittedly, it took me two or three readings to finally understand the ending.

I was certain there were two gigantic plot holes that should have certainly sabotaged his entry.

First, it was easy to skip over references to an actress. The altruism was obvious, but the ending is difficult to ignore.

Even after reading it a fourth time, I’m not sure you can brush off the gaping plot hole.

Of course, I’m being incredibly judgmental here. The man wrote the story in a day.

I have four days remaining before the first-round deadline, and I’m barely halfway through my drama about the pet-sitting fiancee.

I’d be so lucky to leave plot holes the size of the Grand Canyon in my winning entry this year.

My hat is off to anyone who completes all three rounds of this contest.

It’s also important to remember that most good short stories aren’t wrapped up in a neat little bow at the end.

There should be some speculation and questions for the readers.

Heck, the writer should probably be uncertain as to what happened, too.

You simply don’t have time to worry about exposition, needless dialogue or backstory.

It’s what I keep reminding myself as I struggle through this first story. My strategy is to pick a universal theme we can all relate to, start writing and hope my brain comes up with an impactful enough ending that my entry stands out from the crowd.

No, I shouldn’t be worried about winning or advancing — I should be writing for myself.

But, at the same time, it sure would be nice to receive some positive feedback in this global race.

Not only that, it was 75 bucks to enter, dagnabbit. I hope to at least get my money’s worth.

The struggle so far is reconciling my writing style (sardonic, sarcastic, snarky) into a drama. The good side of that is, a drama about someone getting married can really go any direction.

Plus, this kind of exercise is stretching my limits and will make me a better writer when it’s all over.

Anyway, I have four days nine hours six minutes and 45 seconds to upload my st… 33 seconds… to complete my entr… 27 seconds… to finish!

See you in four days.