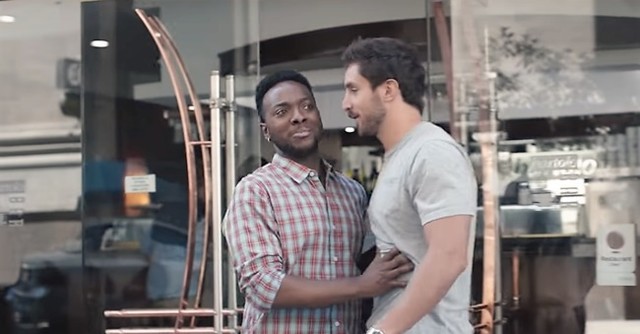 Is your masculinity so fragile that you feel threatened by a television commercial?

Is your sense of manhood so attached to some bygone notion that you threaten retaliation against a one minute 49 second video?

It’s a brilliant piece of filmmaking and marketing all rolled into one.

If you haven’t seen it by now, you can click this link.

“Bullying. Harassment. Is this the best a man can get? It's only by challenging ourselves to do more, that we can get closer to our best,” Gillette says in the video’s description.

“To say the right thing, to act the right way. We are taking action at thebestmencanbe.org. Join us.”

The video was released on Sunday. By 9 p.m. on Tuesday, it had been viewed more than nine million times and generated 150,000 comments.

If, for whatever reason, you can’t -- or won’t -- watch the video, then know it’s in support of the #metoo movement.

A narrator challenges men watching to break stereotypes. It shows images of men bullying each other, talking down to female colleagues and objectifying women.

It seems the “men behaving badly” scenes are what have so many burying their Mach 3s next to their Nike Air Jordans.

Inside a corporate office tower, men dominate a boardroom meeting.

The chairman speaks, and puts his hand on the shoulder of the only woman in view.

“What I actually think she means,” he says, and her face crumples.

I like the video. It was entertaining and it made me think.

No, we don’t want to be painted with the same brush. But, yes, we have some difficult questions to ask ourselves as men.

What the thousands of critics are missing, in my view, is the advice in this video.

As much as it displays men at their stereotypical worst -- a group of “cool” kids chasing down a “nerd” -- it spends as much offering examples of what men can do instead.

A voluptuous young woman walks down a crowded street past a muscle-bound man. His eyes light up and he moves to walk behind her.

Another man intercepts him.

A father figure breaks up two boys fighting at a backyard barbecue. Another intercepts bullies chasing their bookish victim.

All the while, young boys are watching their fathers stand up for what’s right.

The video’s detractors are slamming the commercial in droves. They’ve swamped it with thousands of negative comments.

“They don’t even bother to hide their contempt for straight whites,” a viewer named “daq t” wrote. “Done with Gillette here!ï»¿”

Really? Where in this video is there any mention of race or sexuality?

Someone named “Nevermore Antiques” wrote a comment that was supported by thousands of other viewers: “I am a man, I am not broken, I am not wrong because I am a male, because I am white, or because I am a strong conservative. I will not be told that I am toxic...”

Funny, the video doesn’t say anything about only “straight whites” being toxic or broken.

The video is simply saying the pendulum is swinging the other way, and men need to start paying attention.

When I look into the eyes of my three daughters, I can’t help wonder if God -- or the producers of my own version of “The Truman Show” -- have it in for me.

I was an asshole growing up. Not always, mind you, but I didn’t go through life without stepping on more than a few relationships.

For a while, it was bad.

Biology was always my defence. I was a man, and I acted that way because of testosterone.

It’s not my fault, it’s my Y chromosome. It’s society. It’s the media. It’s just the way things are.

Being a father and husband has taught me that’s total BS.

Go ahead, call me a snowflake, whipped or -- the newest insult floating around cyberspace -- a “soyboy.”

I don’t care. Living with four women, and seeing the world through their eyes, has absolutely shown me men can make choices.

You can think for yourselves. You can forge a new path. You can ignore and understand the urges in your groin. You can make the right choice. You can watch a Super Bowl ad and not think the world is coming for you.

Being a man, as Gillette has suggested, is as much about stepping between two thugs fighting in the street as it is about cheering on from the sidelines.

You are better than that, and you shouldn’t need a cosmetics’ company to tell you how to behave.