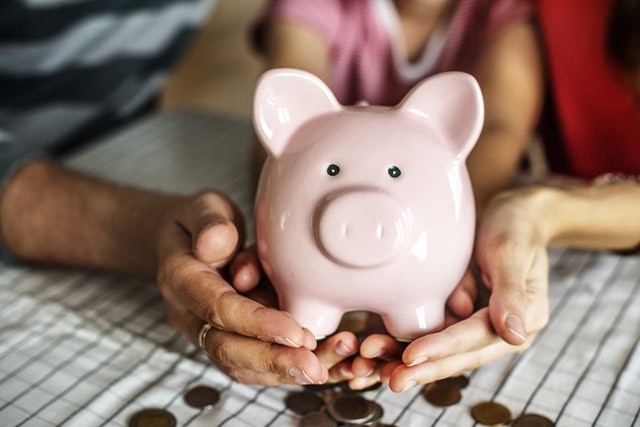 Our seven-year-old daughter has been a madwoman lately around the house: La-la is cooking, cleaning and helping with her sisters.

She ran upstairs yesterday and grabbed ballet gear for our middle-baby Betty.

This just doesn’t happen in our house.

Her sudden change of heart can be traced back to one thing, however: change.

We hadn’t been consistent with the idea. I’ve slipped the kids a loonie or toonie if they’d been especially helpful around the house.

When La-La asked if she could have an allowance just after Christmas, and we didn’t immediately say no, she leaped into action.

When we started to outline how it would work, she went into overdrive.

Now it’s up to my wife and I to finalize our plan and put it into action.

Erin wants few strings attached, but I thought it’d be great if we paid our kids, but also docked money for rent, groceries and bills.

“Well, you need to pay for rent, dear. And then there’s CPP.”

“Children’s Pension Plan, where I take some of your money for my pension.”

If that’s not a life lesson, I don’t know what is.

My wife isn’t convinced. She suggested that if I could find research to prove my plan, she’d consider it.

To the Google machine!

Well, it turns out the prevailing wisdom these days is to pay your kids, and insist they divide their money into three categories: Save, spend and share.

It’s the same concept as the Toonie Parties where kids, instead of gifts, give the birthday girl three toonies.

Ron Lieber popularized the “save-spend-share” method in his book, The Opposite of Spoiled: Raising Kids Who Are Grounded, Generous and Smart About Money.

He suggests by dividing their money, you’re instilling the values you want them to display as adults.

Lieber is also adamant you don’t tie money to household chores. You want them to help the family because it’s the right thing to do, not because they get paid.

After all, parents don’t get paid to do the dishes, so kids shouldn’t either.

There might come a time, too, when kids don’t want your crappy toonies and refuse to fold the laundry for $2.

Instead, he says, zap their screen time, take away the car keys or cancel the sleepovers to “encourage” proper behaviours.

It’s a good foundation, but I’m completely adverse to the payscale Liber suggests: $1 per week, per years old (until age 10).

Yikes! That’s a sweet plum for a kid in Grade 2. I can’t imagine what would’ve happened if someone had given me $7 at that age.

Every 7/11 store owner in Saskatoon would’ve been a millionaire if my friends and I had $7 a week each to spend on Slurpees and hockey cards.

The wisdom here, though, is you don’t buy them anything. If they want a new LOL Doll, they’ll have to buy it themselves.

Then, when they’ve ditched the doll and they have no money left, they get to wallow in a pool of buyer’s remorse hopefully never to waste money on junk again.

Again, though, I’m happy with this suggestion, but I’m certain it needs more real-world applications.

For a buck, some guy named “Ken” fixed the wheel. He also suggested some routine screw tightening every three months or 500 clicks (Like, actual clicks. The damn camper clicks when it rolls).

When my kids get home later today, they just might find the water pump on Barbie’s hot tub has burst, and it needs some new hoses, too.

My wife, though, had said I need to tone it down, and if I don’t take it easy on the kids, she’s going to dock my allowance.