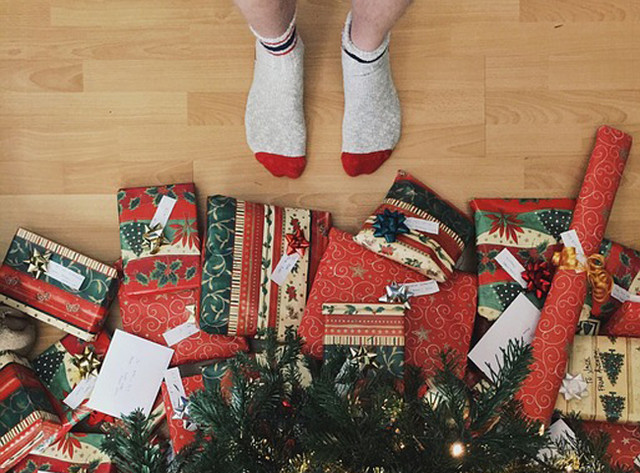 For three days, Jingles the Elf needed a sabbatical from our three daughters.

Whining, complaining and fighting were how we prepared for the holidays—and the kids were grumpy, too.

It got so bad in the week leading up to Christmas Day, that I grabbed two garlands and our Elf on the Shelf (sure not to touch her with my bare hands, because she might lose her magic that way) and stuffed them into a box in the garage.

The girls, ages four to seven—and in the prime of their Christmas frenzied lives—settled down after that.

They’d wake in the morning, and ask if Jingles had come back from the North Pole.

My wife and I would suggest they needed still more sisterly love to prove they were worthy of more Elf on the Shelf displays.

They would try harder, and eventually Jingles magically re-appeared on our about Dec. 22—with a note.

In her best elf-inspired calligraphy, my wife suggested our girls needed to prove to Santa and the powers that be in the North Pole they were worthy of Christmas presents from the man above (the Arctic Circle).

They promised to try.

It’s not something you’re proud of as a parent, to withhold holiday traditions from your kids.

Especially when you’re convinced kids are just a reflection of their parents.

But it’s completely necessary when those kids spend their days:

— complaining about the colour of their plates

— wondering why her sister has two Advent calendar chocolates, and she only got one

— refusing to help clean the playroom

— screaming at us to “go away”

— kicking and swinging wildly with a chubby fist

— refusing to walk home from preschool

It immediately has my wife and I, and our friends, scrutinizing our pasts.

Were we that bad as kids? Did our parents threaten us more? Did they ignore us, and leave us to our own devices?

Were there fewer expectations three decades ago?

Admit it, expectations are entirely avoidable.

Our kids would not suffer if we didn’t have Elf on the Shelf antics to entertain them.

They would be just as happy reading more books with us, going on more walks to the sledding hill, or baking cookies—for the neighbours.

Yet, with days to go before the big day, my wife and I chatted nervously about if we reduced too much this year.

We agree with the idea that Santa’s gifts should be modest, because it’s confusing to a five-year-old who learns Santa gave their best friend a Playstation 4, while she got wooden blocks.

The kids’ “big presents” came from mom and dad, not Saint Nick.

Did we do the right thing? Should we switch the tags at the last minute?

After all, we want our kids to have wonderful memories of Christmas.

Yeah, there are those expectations again.

In the end, we held to our original plan and let Santa’s modest gifts speak for themselves.

They had no problem with Santa’s choice of gifts: Lego, those wooden blocks and a kid-sized snow shovel (for helping clear the driveway).

“Oh, another shovel,” my middlest daughter, Betty, said. “We needed one of those.”

They love the blocks, too. The watch that helps my oldest tell time, takes pictures and plays games is fun. But sitting on the floor with mom and building castles is something they’ll likely remember long past that watches final seconds.

Hopefully they remember Christmas 2018 as they year they built castles on the living room floor, and not as they year Jingles the Elf went on strike.