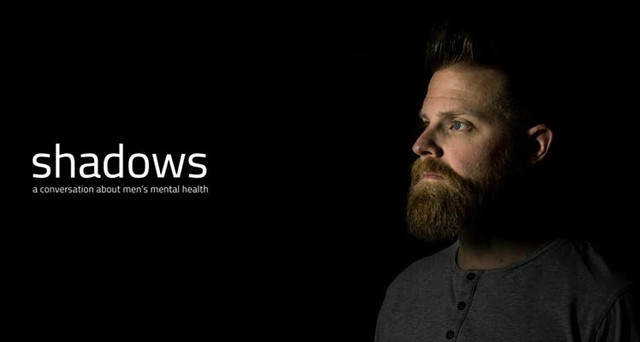 More American theatre companies are offering “trigger warnings,” and I understand why after attending Opera Kelowna’s presentation of Carmen earlier this year.

About 15 minutes into the play, the audience was blasted by a blood-curdling scream through the speakers.

I just about jumped out of my seat.

I wanted to jump out of my seat.

It scared the bejeezus out of me, and from that point forward I was on edge, expecting more theatrics (sorry, I could not resist).

None came, at least not at that level.

Sure, there was simulated gun and sword play, plenty of sexual innuendo (and threats of sexual violence) but not once did the Kelowna production cheapen itself for shock value (my worst-case scenario).

You couldn’t have told my body that.

My heart was racing, my blood pressure dropping, and my head swimming for ways to get out of my centre-aisle, middle-row seat.

I was stuck in a sea of humanity.

Such is life with anxiety.

It doesn’t hit me often, but when it does, it feels like a Mac truck.

I explain it for those who don't know me as "claustrophobia," but it's more than that.

I hate the idea of looking bad in front of other people. It first hit me at 13 years old when I vomited in Grade 9 health class.

It was during a discussion about blood flow, human tissue and child birth.

Since then, any time I'm in a crowd and someone starts to talk about a grisly injury or gruesome film, I look to flee.

That’s why I was so curious to read about these “trigger warnings.”

The Denver Theater Company listed the following on a sign outside a play called Vietgone, about the Vietnam War:

Apparently, there were exact times of sudden, loud noises on the company's website so you could prepare yourself.

As you might guess, the online comments on a New York Times story about it were lopsided and incredulous (sometimes I have to remember: don't click the comments, even on the NYT!).

“Is this what we have become? A nation filled with psyches so fragile that the mass of people have to be warned that a play or movie will frighten them?”

I say bring on the warnings.

It seems likely that those opposed don’t suffer from anxiety, depression or other health concerns that might keep them from live theatre, the movie theatre or other public events.

Consider yourself fortunate. I’d be much happier if I could attend movies without seeking out an aisle seat near an exit.

I’d love to watch surgery shows and not faint or throw up. (Really? Would I? OK, I'm bluffing.)

I’d love to sit front row of your favourite circus freak show and watch people put nails through their lips or swallow swords (OK, so I’d probably still skip that even if I had a cast-iron constitution).

Trigger warnings — displayed for those who need them — are a welcome addition in my world, and likely welcome to a great number of people.

It would have made our theatre outing happier for my wife.

I squirmed and suffered until intermission, when I asked the ushers for a seat near the back door on the aisle.

My wife wasn’t so happy about giving up our prime seats.

It’s why she’s “strongly” encouraged us to attend tonight’s screening of the short film “Shadows: A conversation about men’s mental health.”

I will readily admit my phobia about getting stuck in a crowd isn’t healthy, and I’m anxious (there’s that word again) to resolve it.

Maybe I never will, but I’m hoping hearing other men in my community speak about their struggles and experiences will help me.

“We talk about everything else in life, but we don’t really talk about how we feel,” one man says in the film.

Part of writing this column came in the hopes I could do just that.

If you can’t attend tonight, you can still watch the nine-minute documentary online.

If you can attend, I’ll be the guy sitting in the back near the aisle.