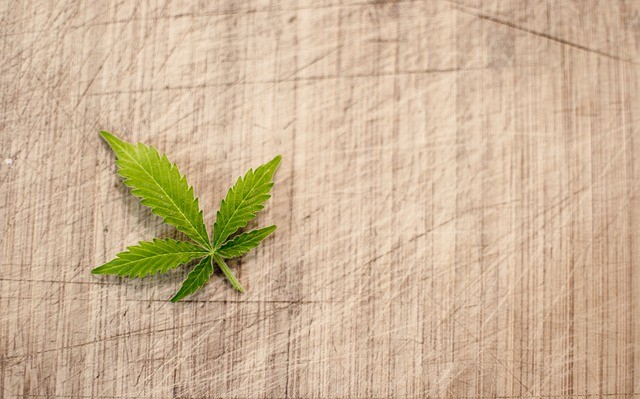 How hilarious is it? I flew all the way to Las Vegas to buy legal cannabis for the first time?

I mean, I didn’t fly to Las Vegas just to buy weed. We were in Vegas on holiday, and there just happened to be a dispensary between our hotel and the gift shop down the street.

With the entire world’s “eyes on Canada” because of our decision to legalize marijuana, it’s entirely ironic it wasn’t until I spent $800 on airfare and hotel accommodations that I could buy a few edibles.

Actually, it was the first time I purchased pot of any kind, legal or not, and I was curious to see what the fuss is about.

Besides, I can’t buy edibles in B.C., and I can’t speak to anyone unless I drive two hours to Kamloops.

I’ve been writing a lot about legalization for my good friend’s new website, and I really wanted to experience it firsthand.

Yes, I could have just driven to Kamloops, but my wife would have not been thrilled to spend a weekend in Kamloops celebrating our 10th anniversary.

Nevada legalized last July, so while Canada is getting all the attention, Nevada is raking in the cash. No surprise there, eh?

Walking into Essence on the Las Vegas strip was an intimidating experience.

There were no windows to see inside. It’s on the corner of a busy, six-lane intersection on the “other end” of Las Vegas Boulevard. Heck, even the door was hard to find, with the entire exterior of the building an eerie, Martian-green colour.

It wasn’t much better inside. Bare concrete walls and a security guard funneled you toward the actual dispensary and made it feel like some kind of prison. There was a line for medical users and one for recreational users.

Velvety ropes that ushered customers into the line of their choice were of little comfort. Music blared and all eyes find you as you walk into the place.

But the welcoming Essence staff compensated for the lobby’s stark, grey walls.

Once my eyes adjusted, I realized the security guard — a wisp of a girl no more than 25 years old — was dancing to that music.

The employees behind the security glass checking my ID were downright chatty.

“This is pretty intense,” my wife said.

“Yeah, we’ve heard other places aren’t as secure, but better safe than sorry,” he said in a voice that sounded theatre-trained.

He spotted our Canadian ID.

Americans now know at least one thing about Canada.

Once I was inside the actual dispensary, there was more to absorb.

“No cellphone use,” the doorman shouted to the steady lineup of customers. “Do not take product out of the bags.”

On our left, a row of salespeople sat behind desks waiting for medical customers.

Recreational users stood and viewed pipes, papers and product through glass cases on the right.

Customers have spent $530 million on pot and generated $70 million in tax revenue.

It was 40 per cent more than expected.

With almost no medical users in Essence — seven of 10 Nevada customers in Year 1 were recreational — another staffer waded into the middle of the room and shouted, “Next!”

We raised our hands, “We’ll go next.”

She slammed down a chair for us at an open desk, and we were welcomed again by middle-aged “Carole.”

We explained that we were curious about oils and edibles, but we are infrequent users.

I was keen to try CBD oil to help manage chronic back pain and lift my mood.

Once Carole had a handle on what she thought would interest us, we were offered an array of products to choose from.

Two staff members spent at least 15 minutes with us going over our options — and they seem unlimited.

She offered us a nifty cartridge vape system. They were sleek and easy to use, but because you can’t buy replacement cartridges in Canada, we had to pass.

We choose $24 CBD Gummiez and a $51 disposable vape pen from Experience Premium Cannabis.

With tax, it was about $80. Prices are steep, but everything in Vegas is overpriced.

We couldn’t spend much more since we were only in Vegas for a long weekend.

We would never attempt to bring it back across the border, because that would just be wrong (at least we think it would’ve been).

With our purchases in hand — and it’s cash only, by the way — Carole wished us well, and a safe return trip to Canada.

“Congratulations on legalization,” she says.

One day, maybe we’ll even have a store in Kelowna to celebrate.