To Vegas, or not 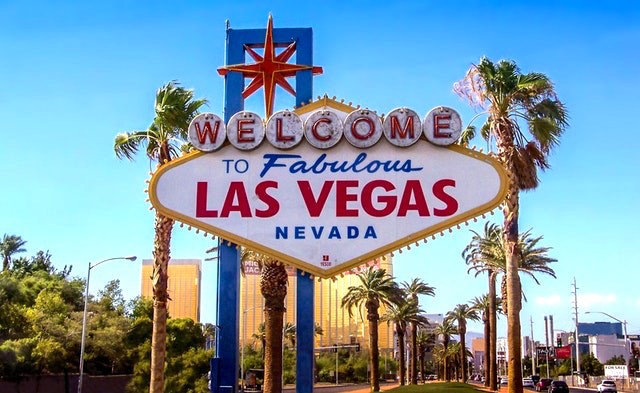 My wife stumbled out of bed about 2 a.m. and headed downstairs hoping to ease her mind about our pending trip to Las Vegas to celebrate our 10th anniversary.

Something was bothering her, and an hour later she was back.

“Our passports are expired.”

It appeared we were doomed with six days before our scheduled flight.

She didn’t sleep much that night, or the next two after that.

The sudden realization led us to a difficult, emotional debate:

What made it worse was the timing. It was Saturday. We couldn’t speak to anyone at the Kelowna passport office for another two days, so we could only guess our options.

My first choice was to reschedule. There was no single reason for us to visit Las Vegas in late October.

We could just as easily rebook for mid-November, as far as I could tell.

As it turns out, there were 500 reasons to make the trip work.

With hotels now regularly charging you to reschedule or cancel, and the difference in flights plus cancellation fees, we would have likely lost at least $500.

It wouldn’t matter when we moved the trip, or if we cancelled outright, it was going to cost us.

My wife’s first choice was driving to Vancouver for an express passport.

The kids are young, she said, and what will they miss in late October in Grade 2 or kindergarten?

True, but I had a huge hang-up with that idea.

Let me get this straight: We pull our kids from school for at least two days, drive to Vancouver to buy an express passport, because we weren’t smart enough to renew, just so we can spend four days in Las Vegas for no reason?

If that doesn’t define North American white privilege, I’m not sure what does.

David Letterman said it best when he was still hosting his late-night talk show: “This is why the rest of the world hates us.”

My wife was ready to smack me at this point. She might have actually done it.

Of course, we had already made our decision. We had already put down deposits, made arrangements for the kids to stay with their grandparents, and booked off work.

Not going wasn’t an option this late stage in the game.

Besides, she said, think of this as an adventure. We get to show the kids museums and galleries and life in Vancouver.

They’ll remember this the rest of their lives.

That wasn’t her ace in the hole, though, and I’m sure you all know what that was: “Doesn’t our marriage deserve this time?”

At this point, friends had started offering advice. We were urged to apply in Kelowna with four days leeway.

The superb staff at Kelowna’s passport office will never admit this out loud, but if you’re just pathetic enough, they can supercharge your passport application.

They can — or should I say, they “may” — expedite your passport so suddenly, you’ll think they’ve actually turned back the clock.

We had two express passports made in Surrey, and authorized a friend who lives there to collect them for us.

She then dropped them into the Xpresspost for next-day delivery.

Well, rotating strike, but the fear was enough that she managed to pull them back at the counter and ship them with another courier.

In all, it was only about 72 hours of consternation, debate, worry, anger, fear and hostility.

But the passports arrived a day before we were about to leave.

It’s a simple “thank you” to staff at the passport office in Kelowna, and to our friends on the other end; we’re doing what we can to thank them.

I’m curious as to how many passport applications come into the office here begging for help.

They know the service they provide can often come tagged with emotion — everything from an exciting family vacation to a sudden death in the family — and they react with professionalism and courtesy (as long as your entire application is completed properly).

Not all government agencies can claim such distinction.

It’s still embarrassing to me, the thought we went through all this for Vegas, which must be pushing L.A. or New York City for capitalist capital of the world.

But the trip was fascinating and, as travel often does, reminded me just how much I appreciate home and my wife’s determination and planning.

It’s also a good time to check your passports. You never know when your marriage needs four days away from the kids.