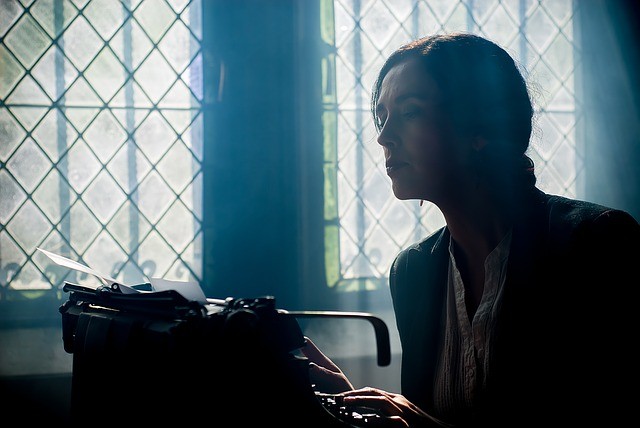 CBC’s writing contests are a little like the lottery.

Buying a ticket is cheap. The odds of winning … well, let’s not talk about that.

I suppose if that analogy holds true, what follows might compare to asking a psychic for your “lucky numbers.”

The CBC Short Story contest is two weeks from the submission deadline. You still have plenty of time to submit your entry.

Up for grabs is $6,000 cash, seeing your story published online and a two-week stay at the Banff Centre for Arts and Creativity. All you need to provide is a short  story of 2,500 words (maximum) and the $25 entry fee.

If you’re keen on entering, CBC will email you with daily inspiration and writing tips gleaned from writers and judges across Canada.

I’ve been more impressed with this year’s advice than what CBC Books has provided previously.

That’s why I’ve condensed them here. It’s also better advice than what I can offer you.

I’ve written exactly one short story, which has done nothing more than clog the judge’s desk at the Okanagan Short Story Contest.

Maybe I need to call a psychic for help.

How to start writing? Just write. Take a few deep breaths, clear your mind and write down the first word that comes to mind. Then write about it as fast as you can. Get the feelings down. Do not think. Don’t let yourself get in the way of the story. You’ll be surprised at the characters and places that have been waiting to come out. You already have the heart and blood of a story. Now you need the bones.

Linda Walsh made the longlist of the 2018 CBC Short Story Prize.

Build a world you love

Breathe in its histories and cultures, cultivate its societies and peoples, and bring that world to life through the eyes of your main character.

Chiante Guretzki was on the longlist of the 2018 CBC Short Story Prize.

Patrick Lane, the poet, was on The Next Chapter the other day talking about his new novel. Shelagh Rogers asked him something about the difference between writing fiction and poetry and he said, ‘You wait for poetry to happen, you make novels happen.’ That really resonated with me. I write both forms too and I know exactly what he meant. A poem requires inspiration. But fiction, short or long takes perspiration. Sit down at your keyboard and make something happen.

Dave Margoshes has published seven collections of short stories and has been a Journey Prize finalist.

Give yourself a word count and stick to it every day you have any time to write, don’t vary it and don’t make excuses. It’s mechanical, but you’re building something — there has to be a mechanical, slightly plodding aspect to the work or it won’t get done. Make the quota low, so you don’t beat yourself up when you can’t reach it, and that way you get to feel on top of the world when you exceed it. Filling up the empty space of the screen or the page each day rather than waiting until the moment is right will lead to more ‘right’ moments.

Kate Cayley's first collection of short fiction, How You Were Born, won the 2015 Trillium Book Award and was a finalist for the Governor General’s Literary Award for fiction.

Write constantly. Read deeply. Do your best not to despair. In moments of darkness, know that every successful writer has shared that same darkness. As in all things, persistence beats resistance.

Next to reading lots and writing lots, giving and taking criticism is the single best thing a writer can do to sharpen their craft. Just like you can’t really tell what your voice sounds like when you speak, your own writing will always look different to you than to others. Join a writer’s group, make some writer friends. Like iron sharpens iron, so writers sharpen writers.

M.W. Cook was on the longlist of the 2018 CBC Short Story Prize.

When you don’t know what should happen next, let your fingers find inspiration on the keyboard. The work will produce its own ideas.

Steve Thornton was on the longlist of the 2018 CBC Short Story Prize.

Give your character motivation