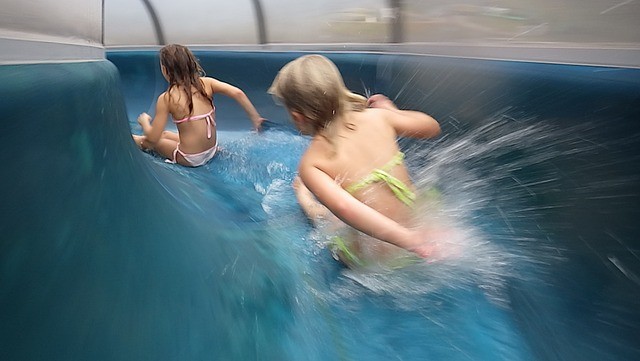 Canadians spent an average of $1,500 each at Christmas last year – from gas and groceries to presents and trips — meaning the winter holiday season generates billions for the economy.

But what’s the second busiest “spending event” after Dec. 25? It usually shapes up something like this: Mother’s Day, Valentine’s Day and Easter.

At least if you believe American stats (those north of the border are harder to track).

But how much do we spend on birthdays, especially kids’ birthdays?

After celebrating LaLa’s seventh birthday on the weekend, I estimated Canadian parents shell out $8 gazillion annually.

Mind you, I’m horrible at math, so I dug a little deeper and did some figuring.

StatsCan says there were 5.8 million Canadian children 14 and younger at the last census.

If Canadian families spend about $500 on each kid, we could safely predict an economic impact of $2.9 billion annually.

If I have three daughters in my house ages seven and younger, you could safely predict my household was responsible for roughly $3 million of that total.

We never plan to throw lavish affairs, but good luck shutting that part of your brain off when kids are involved.

Heck, this year we thought we’d outsmarted everyone.

The plan was, tell all of LaLa’s friends that she really wanted to visit Atlantis Waterslides in Vernon.

We’ve never been, and this ploy accomplished three things for us: kept kids out of our house, kept the presents to zero (if you pay admission, we don’t expect gifts), and kept the number of kids we’d have to feed to a minimum (we could at least throw some pizza at them).

Funny thing is, people actually like our family. Who knew?

That meant rather than having three or four kids say, “it’s a fair drive, and it costs a fair bit of money, but OK,” we had five families and 12 kids jump aboard.

Guess what happened then?

The reverse-jet-stream-micro-climate-funnel-inversion thing happened just as the entire province caught fire, and Kelowna enjoyed the worst air quality on the planet for two days.

We didn’t panic. H2O has waterslides, so let’s just tell people to meet us there.

Have you ever seen the movie House Party?

It’s awful, but you get where this is headed: two nerds throw a party, and 2,000 kids knock on the door.

H20 tried to throw a quiet house party away from the smoke last weekend.

When we arrived, there were 500 people inside. When we left a couple hours later, the ticker was at 650 and we spotted two kids hauling in a keg.

It all wraps into a nice little bow when you learn we invited everyone (in our party) back to our house.

Somebody had to eat the snacks, cupcakes, pizza, and juice boxes for 15 kids.

Why do we do it, us parents?

Thank goodness we have a great group of peers, who all seem to be on similar pages.

Most of the parties we’ve been to have trended to DIY.

There have been gift exchanges (where everyone brings a used toy from home, and swaps at the party), toonie parties (one to spend, save and share), and fiver parties ($5 for the five-year-old).

One mom – bless her soul – put mashed sweet potato in her dark chocolate cake to make it less sweet and healthier.

The kids had to chew so much it also shut them up for, like, 15 minutes.

At LaLa’s birthday party, parents opted to stay and chat.

It seemed like the smoke and the suddenly changing plans kept everyone together most of the day.

We ordered some pizza and had a drink together while the kids watched a movie downstairs.

Our “destination birthday” for a few friends that turned into an at-home extravaganza was probably the most enjoyable birthday we’ve thrown (and it cost us way less than $500).

Now, I wonder if my wife would mind if I suddenly planned Christmas at the waterslides.