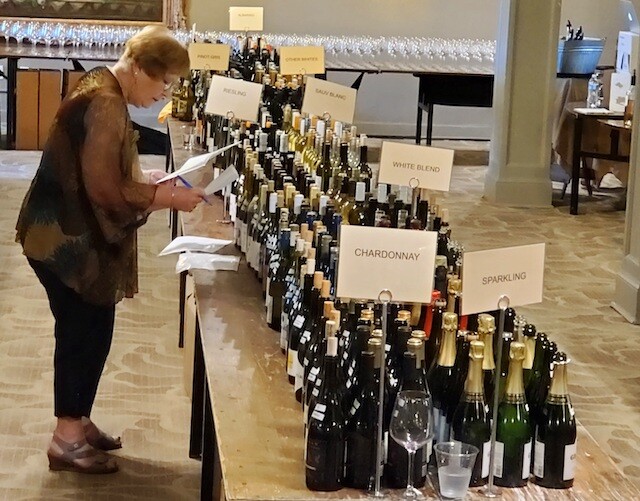 As this season’s B.C. grape harvest comes to an end and tasting rooms close or move to a schedule of appointments only, it’s time to look back at 2022.

Did you miss some major wine award announcements?

Never fear, there’s a bundle below. The caveat is that some the award-wines may already be in short supply, allocated to wine club members or otherwise soon to be unavailable for stocking in your cellar. So don’t delay.

The Platinum Awards held by Great Northwest Wine, covering wines from the Pacific Northwest, recently wrapped up. The competition is only open to wines that have prior gold medal wins.

B.C. took home a handful of platinum awards. Moon Curser Vineyards in Osoyoos gathered a few for some varietals that rarely have a starring role in the Okanagan—the 2020 Touriga Naçional, 2020 Malbec (both bold reds) and the 2021 Arneis, a white wine common to Italy’s Piedmont region.

Oliver’s Gehringer Brothers has racked up platinums before, and this year was no exception as its 2021 Classic Riesling, 2021 Ehrenfelser, and 2021 Dry Rock Vineyards Unoaked Chardonnay helped to continue to build a reputation for aromatic Okanagan whites.

The lone oaked Chardonnay to win was the 2019 King’s Ransom from Noble Ridge in Okanagan Falls, and the lone Semillon and Pinot Blanc medalists came from Oliver’s Hester Creek, both 2021 vintages, the latter from some decades-old vines.

With the holidays coming, a bottle or two of Hester Creek’s 2019 Old Vine Brut sparkling wine is a must (at a nice price of $35) to have chilling in the fridge.

Another dessert wine, the non-vintage Tawny Port from Naramata’s La Frenz, took best sweet wine at ‘The Invite’ an invitation-only competition held by Great Northwest Wine ( Full disclosure, I had the honour of being asked to nominate 100 B.C. wines, and was a judge.)

Forbidden Fruit Winery in the Similkameen won best in class at the Savor Northwest Awards for its 2019 Dead End label’s Game Over bold red blend of Tannat and Malbec, adding to its collection of gold ands and double golds. Hint, try the Dead End Grëner Veltliner.

At Canada’s Wine Align awards CedarCreek Estate Winery was named winery of the year and SpearHead Winery was the top performing small winery. Both are near Kelowna.

So, do awards really have much clout? Do they matter to the wineries and wine drinkers?

That’s perhaps up to the individual, but let me say this: wines from Idaho took best in show at two competitions I judged this year. I had never before thought of taking a wine tour in Idaho, and its next on my list of regions to visit.

And I have no doubt that a number of my fellow wine judges will soon make their way to the Okanagan for the first time too.